Weed For Life
Published a year ago |
Medical marijuana has become a multi-billion dollar a year industry in the United States, and as more states continue to legalize cannabis for medical purposes, that number is going to climb even higher. So naturally, Big Pharma is trying to stop the medical marijuana industry in its tracks.

Attorney Mike Papantonio delves into this topic and more.

Support us by becoming a monthly patron on Patreon, and help keep progressive media alive!: https://www.patreon.com/TheRingofFire

Support Ring of Fire by subscribing to our YouTube channel: https://www.youtube.com/theringoffire

My next guest has been involved in some of the biggest legal cases of the last few decades, everything from the butterfly ballet lawsuit, the Bush v Gore case, to the big tobacco fraud cases of the 90s. But his biggest success no doubt is recovering more than $6.4 billion from the pharmaceutical industry for deceptive marketing tactics and failing to warn consumers about adverse effects of these drugs. These cases are the subject of his new book, Pharmageddon: a Nation Betrayed.

The main reason Mike is that with all the things you and I have done over the years to bring justice to our system of justice, it seems to be almost getting worse the way things are going. The reason I focused on the pharma industry is that they're the ones that have been getting away with most of the bad things that I've been dealing with. It arose frankly out of Bush versus Gore, when I was in Florida litigating that I got to the point where one of the lawyers got a call from a client who got Prozac extended release in the mail for her teenage son. She called him and then I ended on national television because he had no prescription for it.

The next thing I know I got calls from Eli Lilly's detail reps from the west coast who said, "Well, we're doing the same thing." When I began investigating that, that was in the midst of the remnants of Bush versus Gore, I learned about their effort to illegally market a drug called Zyprexa, off label for you name it, they were marketing it for almost anything.

Stephen let me interrupt you just a second. So the viewers understand, when a drug company has a product that they can use for one thing, in other words the FDA has approved that you can use it for birth control or whatever it may be, and they're not making enough money, what they creatively do is they then try to say, "Well let's find other things that doctors might by into."

For example, with Yaz, you were involved with Yaz as well, with Yaz what they determined was, "We're going to tell women that they can lose weight and that they can control acne if they take our birth control pill," because there were dozen of birth control pills out on the market. Is this a common practice? You talk about Eli Lilly using this process, is this a common practice?

Yes, unfortunately it is all too common. Little is done about it, other than if they're caught at it, they end up working out a deal often to pay some money but no one usually ever goes to jail for the illegal activity. It's considered unlawful to market a drug off label intentionally by a drug company for uses not approved by the FDA. It's gotten a little more complicated recently because now they've added freedom of speech arguments to this.

There's only a couple countries in the world that even allow advertising, I think it's New Zealand and the United States where you can advertise a drug.

What they actually do is create a disease. They create a disease. We saw Johnson & Johnson, Astrazeneca, for example engage in marketing practices for their antipsychotic drugs, but what they were really doing is sending sales people out in the field and saying, "You can use this for other stuff than it's been approved for." Now here's what I want to ask you, what patterns have you observed in these cases about the ways that pharmaceutical companies market their products?
Keywords
weedmarijuanacannabisbig pharma

The views and opinions expressed in this video do not necessarily represent the views of Brighteon or its affiliates.
Related videos
9:49 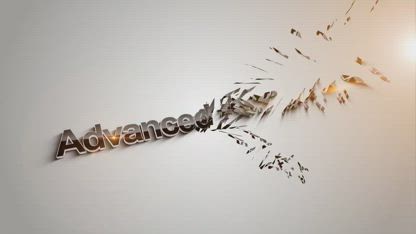 Timing of Vaccinations, and the Importance of Breastfeeding...
Vaccines and Vaccination
172 views