"The people that are being impacted the most are taking it upon themselves to stop evictions from happening," one protester said.

Author: Erika Ferrando (WWL)
Published: 5:32 PM CDT July 30, 2020
Updated: 7:11 PM CDT July 30, 2020
NEW ORLEANS — For several hours Thursday protesters blocked the entrance to New Orleans First City Court hoping to stop evictions from happening.
"The people that are being impacted the most are taking it upon themselves to stop evictions from happening," one protester said.
The New Orleans Renters Rights Assembly organized what they are calling the "Evict the Court" rally. They blocked entrances for five hours saying "court is closed" keeping almost everyone from entering court.
"We respectively just let them know you don't have to come in here today because the courts are closed," another protester said.
While the protesters took aim at stopping eviction proceedings, other business at the court was affected as well.
"Where are the police? These people are shutting down the court system. I'm just trying to get in there and do my job," one worker who works in the courthouse said as he was blocked from entering.
Keywords
evictionsCovid 19tik tokNew Orleanscourthouseprotesterscourtsinterviewsmedialiberalprotestpoliticsnews

The views and opinions expressed in this video do not necessarily represent the views of Brighteon or its affiliates.
Related videos
11:40 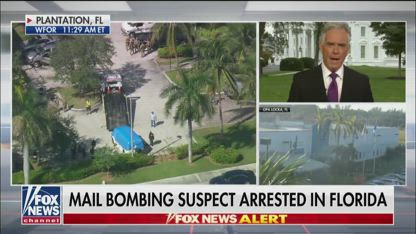