The Pete Santilli Show
Published 7 months ago |
Shop nowDonate
GUEST: Scott H. Jenkins, a career law enforcement professional with over 29 years of service, and has proudly served as Sheriff of Culpeper County, Virginia since 2012. During a Board of Supervisors meeting unanimously agreed to declare the county a Second Amendment Constitutional County. The sheriff vowed to deputize residents in his county if the new Democratic-led legislature enacts gun control measures.

“I plan to properly screen and deputize thousands of our law-abiding citizens to protect their constitutional right to own firearms,” Jenkins said

Protecting his community always has been, and remains, Scott Jenkins' highest objective. Toward that end, he believes that a limited federal government, strong Second Amendment rights, and clear-eyed threat identification and assessment are crucial. A number of counties in the state have passed similar resolutions in response to expected gun control legislation. Democratic Gov. Ralph Northam has said his party will push for gun control measures (that include a gun confiscation plan) since it regained control of the Virginia General Assembly. Jenkins has railed against attempts to enact gun control legislation on his website, where he has advocated for concealed-carry laws and the protection of Second Amendment freedoms.

POSTED TO HIS FACE BOOK: "Every Sheriff and Commonwealth Attorney in Virginia will see the consequences if our General Assembly passes further unnecessary gun restrictions. “Red Flag” laws without due process will create enormous conflict as well. America has more guns than citizens and murder has long been illegal. At best, the proposed gun restrictions will disarm or handicap our law-abiding in their defense and possibly cause a criminal to choose another tool for evil. I’d like to thank our Board of Supervisors for their resolution of support of our citizen’s natural right to self defense as protected by our Constitutions. My office will always encourage and support our citizens in firearms training, concealed carry permits, and the ability to defend themselves and their families — I remain very optimistic that our General Assembly will not pass the proposed bills. Obviously, if passed, there are many of us willing to challenge these laws through the courts. In addition, if necessary, I plan to properly screen and deputize thousands of our law-abiding citizens to protect their constitutional right to own firearms."
-Sheriff Scott Jenkins -
E-Militia Article NEWS ALERT: Virginia Sheriff Will ‘Create An Armed Militia’ To Protect Gun Owner Rights – E-Militia News http://ow.ly/LY0J30q0N7B At The Stroke Of Midnight Oct. 25th Something BAD Will Happen To Trump—Pray Or Regret It Later!
Lisa Haven
533 views
48:59 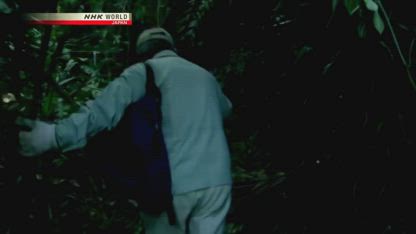 Emergency The EU And China Are Already Regulating The Us Internet
InfoWars - Alex Jones Channel
1304 views
0:41 The 3 Deadliest Flu Vaccine Ingredients, with Nathaniel Jordan, the Minister of Wellness
Vaccines and Vaccination
330 views