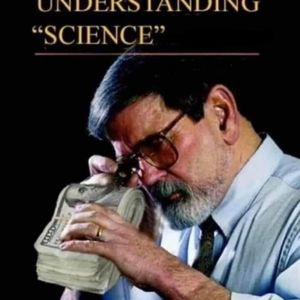 LovePeaceHeal
Published a year ago |
James talks to German-American lawyer Dr Reiner Fuellmich about Nuremberg 2 and why those involved in the Coronavirus scare should be tried for crimes against humanity.

"Many people have pinned their hopes on German-American lawyer Reiner Fuellmich to save us from the clutches of the big corporations and the World Economic Forum.
We are in a kind of Third World War, where the middle class is destroyed and SMEs are taken over by giants like Amazon. They have been working toward this for more than 10 years, Fuellmich said a few days ago in conversation with English writer and journalist James Delingpole.

In two to three weeks, big things are going to happen
“In a few weeks, very big lawsuits are going to start,” said Fuellmich, who has his sights set on German virologist Christian Drosten, who designed the PCR test for corona; Lothar Wieler, the director of the German RIVM; and others. “They are easy to catch.” He has additionally heard from American friends that “they are going after Fauci”. “He may be fired,” he says.

“In two to three weeks, big things are going to happen on three different continents,” stressed Fuellmich, who works with some 200 to 300 other lawyers. “Then we will see if the legal system still exists or if it has already been completely taken over by the other side, which I don’t think is the case.”
"You won’t read anything about this in the media
Two former WHO employees testified to Fuellmich that pharmaceutical companies urged WHO in January 2020 to declare an international health crisis. This was necessary so that their experimental gene therapy – the “corona vaccine” – could be approved for emergency use.

The jab is part of plans by the World Economic Forum – the Great Reset – and the Bill & Melinda Gates Foundation to thin the world’s population, the lawyer said. “You don’t read anything about this in the media because Klaus Schwab and Bill Gates have invested a lot of money in media companies,” he said.
“All the people who have been vaccinated should have been informed in advance that this is not a vaccine but an experimental gene therapy – this has never been done before – and that there is no supporting medical research. This is an experiment. The people who are participating in it have not been informed. They are guinea pigs.”

We will get them!
“Everyone who is a part of this – including the doctors who do the pricks, the people who run the place, the people who profit from this, and the governments who encourage people to get vaccinated – is responsible. These are really crimes against humanity. I think we need an international coroner’s court to clean up this mess.” In two to three weeks, Fuellmich will be able to tell more about this.

“This is worse than what happened in the Third Reich. We have to do something, because the people responsible for this know no empathy and are extremely dangerous. They only care about money and power.”

Fuellmich is hopeful: “We will get them!”"
Keywords
crimes against humanitylitigationreiner fuellmichglobal lawsuit