the Duke's other channel
Published a year ago |
In Seoul, South Korea, at the genesis of the 21st Century, a lone teenage girl in navy blue school uniform waits for her companion at a train station. But for some unknown reason, her friend is late, although they planned to meet there earlier. As the girl cool her heels, she spots a pair of red high heels sitting at the edge of the train platform.
Compel by curiosity, the girl examines the shoes before, inexplicably putting them on. In that instant, she has a bizarre feeling of euphoria, but it doesn’t last. Abruptly her friend makes her appearance, and she isn’t jolly. Immediately, this long-haired schoolgirl claims that she has been in the train station all along and that she spotted the shoes first. The girl then demands that her friend surrender the shoes. When her friend refuses, the long-haired girl becomes instantly belligerent and attacks her friend, knocking her down and snatching the shoes off her feet. Before the girl even realizes what has just happened her long-haired friend storms off carrying the red shoes with her.
Taking an escalator to the upper concourse, the long-haired girl feels satisfied with herself now that she is wearing the red shoes.
As the girl heads down the long, empty corridor, the clicking of those red high heels is the only sound heard; but not for long. Despite listening to the tunes from her iPad, the long-haired girl notices the loud noise of high heels, but they are not hers. The girl stops in her tracks, and those other footsteps also stop. Turning about she looks back the way she came, but the hallway is empty. Thinking maybe she’s just hearing the echoing of her own feet the long-haired girl continues on her way. Hearing those footsteps once again, the girl concludes It’s not an echo, which means someone is following her.
The girl halts in mid-stride, and those other footsteps do the same. Turning about again, she only sees the same empty concourse. Presuming that her friend is gaslighting her, the long-haired girl shouts to her, but she gets no response in return. Feeling apprehensive, the girl turns and start heading on her way once more; and instantly, those other footsteps follow hers once again.
Abruptly the girl feels a gust of wind and a disembodied gasp as if someone was right behind her. Spinning 180°, it happens behind her back once again.
The long-haired girl is instantly frightened as she looks all about. Then she sees something of ahead of her that looks like a figure, crouch low to the ground. With no warning a strange black streak race across the floor and over to the long-haired girl.
The girl falls to the floor and discovers to her horror that her feet are gone as if taken by a mysterious force. Looking at those bloody stumps, the long-haired girl lets out a blood-curdling scream, as the red shoes soak up the blood staining them the same way a cat will lick up a puddle of spilled milk.
Oh well, I guess Korean school girls shouldn’t play with strange things they find in train stations, especially if an evil curse possesses them.
Keywords
red high heelsk horrorhigh heel clickinggirl walkinggirl fightasian schoolgirlasian horror filmbloodghostgirl being followedpretty girlgirl in high heelsfearscared

The views and opinions expressed in this video do not necessarily represent the views of Brighteon or its affiliates.
Related videos
1:28 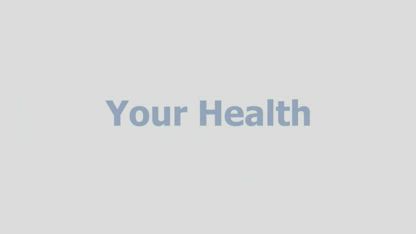 Mark Zuckerberg Is Frustrated,"Ask Me If I Care!"
zolnareport.com
244 views
3:50