the Duke's other channel
Published a year ago |
In contemporary Boston, a pretty brunette college student in a pink blouse, plum skirt, and black high heel pumps leave a local restaurant. Bundled up in a camel overcoat and maroon scarf to keep off the cold autumn air she heads on home. However, an insignificant little man notices her. From his vantage point in the alley behind the eatery, he sees the pretty girl walk past. Remembering her from an earlier encounter as his duties as a busboy, the little man likes the look of this girl. So much so, that he abruptly abandoned his duties dumping the garbage to pursue her.Turns down a secluded evening street the pretty girl is unaware of her stalker. Seeing no one about, and hearing only the clicking of her heels, the girl presumes that she has the block all to herself.
In his zeal, the little man closes the distance between himself and his quarry, but his run over shoes is making a squeaking sound with his every footstep.
At this precise instant, the pretty girl notices that squeaking sound. Slowing down to a stop, the girl realizes that the squeaking sound has died. However, she suspects that the sound might come from behind her. The girl looked back the way she came, but all she saw was one long deserted street. Presuming that she imagined it, the girl heads on her way.
Hearing the girl’s receding footsteps, the insignificant man suddenly reappears from a darkened doorway that he ducked into just seconds before. Realizing that the girl heard his noisy shoes, the little man tries to be more stealthy in his pursuit of her. But it is a wasted effort as his squeaky shoes instantly alerts the girl that she might not be alone. Abruptly stopping in her tracks, the girl hears the sudden shuffle of someone else’s feet. As the little man ducks into another darkened doorway, the girl immediately spins around. Seeing no one, the girl fears that someone is following her. As the girl heads on her way, she walks faster. Hearing that squeaking noise behind her once more, the girl trots while glancing over her shoulder. Having no more patience with this cat-and-mouse game, the girl quickly spins around to see who is following her.
Recognizing the little man from the restaurant, the pretty girl wonders what does he want with her. But before the girl could get any answers, a vicious dog barks at her from the enclosed yard beside her. Making a run for it, the girl hears the frantic clicking her heels as the little man chases after her. As she nears her apartment, the girl trips over her feet, falling flat on the ground, but she doesn’t stay there. Getting back on her feet, the girl makes a mad dash for her apartment as the little man strolls after her.
In a panic, the girl frantically gets her apartment door open as the little man lingers across the street.
Once the girl gets inside, she cautiously looks out the window to discover that the little man is no longer there. Perhaps the insignificant man just wanted to make sure that the pretty girl made it home alive since a killer is roaming the streets. It’s too bad the little man didn’t know how much danger he was in because the killer that everyone’s looking for is the pretty young thing that he was shadowing.
Keywords
slasher filmhigh heelsgirl being followed80s horror filmpretty girlgirl walking in heelsgirl walking at nightgirl being chased

The views and opinions expressed in this video do not necessarily represent the views of Brighteon or its affiliates.
Related videos
1:41 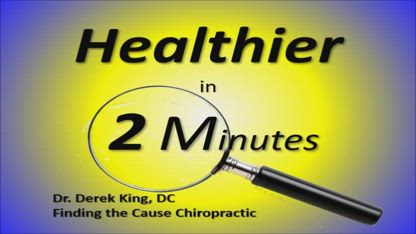 The Greatest Health LIE ever told
Finding the Cause Chiro HITM
261 views
48:46