the Duke's other channel
Published a year ago |
In contemporary Los Angeles, a pretty brunette girl in leopard print mini dress and black high heel pumps leaves a Halloween party early. However, upon arriving at the underground parking garage, the girl has a weird sense that she is not alone. And yet the only thing she can hear is the clicking of her heels. But when she reaches her car, she sees the oddest-looking footprints smeared in the dirty automotive fluids that stained the ground from previously parked vehicles. What surprises her is that these footsteps at first appear human, but then they morph into something that isn’t.
Before the girl can digest what she is looking at, the thing that made those footprints appears behind her. The creature grabs her and hurls her backward as if she were a rag doll. The girl crashes to the ground and is knocked silly, but this only lasts for an instant. The pretty girl gets her wits back and is horrified by what grabbed her because it's not human. As this wolf-like creature stalks about, it searches for the cute girl and yet it’s unable to see her. But what the beast doesn’t know is that the girl has hidden behind a big yellow SUV — frustrated the creature damages the girl’s car. Seeing an opportunity to distract the monster, the girl activates her car alarm. As the beast causes more damage to the vehicle to kill that alarm, the girl makes a run for it. Spotting the girl the creature is on her in seconds. But the girl is extra fast on her feet and reaches the elevators that brought her down to this garage of terror. But unfortunately for the girl that lift is not as quick as she would like. As the elevator rises, the monster damages the machine trapping the girl between floors. Grabbing the emergency phone, the girl attempts to call for help, but it’s a hopeless gesture as the monster tears open the elevator doors, doing its best to grab the girl. In totally fear for her life, the pretty girl attempts to escape the damaged elevator through the top, but she quickly discovers there’s no way out.
Abruptly the girl notices that the monster has vanished. Not sure where the thing could be she cautiously looks through the gap in the door that the creature left behind. But the only thing she sees is the closing door to the stairwell. Not sure where the beast is going, the pretty girl isn’t waiting around to find out. Using all her strength, the girl attempts to push open the damage doors of the elevator, thinking maybe she can escape to the floor above. Unfortunately, when she gets the doors partially open, the monster is waiting there for her. The girl lets out one final scream as this creature devoured her without Mercy.
Oh well, if the girl had stayed at the party, she would likely be the life of the party instead of being a meal for a monster.
Keywords
sexy girlhorror film scenegirl is killedgirl in parking garagegirl in heelsgirl attacked by werewolfgirl attacked by monsterpretty girl

The views and opinions expressed in this video do not necessarily represent the views of Brighteon or its affiliates.
Related videos
4:33 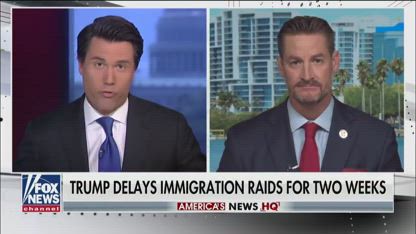 Bodybuilding at Home with No Gym Equipment
Fitness World
112 views
9:18