The Dream that Scared the Hell Out of Rick Wiles
https://www.youtube.com/watch?v=ULacaCWagyc

Today on TruNews, Rick shares the vision which began his relationship with the Lord and discusses the revelations enclosed in his upcoming book Final Day. Rick Wiles, Doc Burkhart, Edward Szall. Airdate 11/26/19

Copyright Disclaimer Under Section 107 of the Copyright Act 1976, allowance is made for “fair use” for purposes such as criticism, comment, news reporting, teaching, scholarship, and research. Fair use is a use permitted by copyright statute that might otherwise be infringing. Non-profit, educational or personal use tips the balance in favor of fair use.

4 Times the US Threatened to Stage an Attack and Blame it on Iran
Truth Matters
103 views
22:04 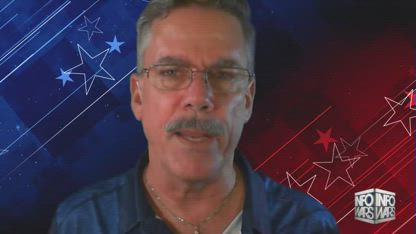 The White House Responded To My Message To President Trump!
zolnareport.com
240 views
4:34