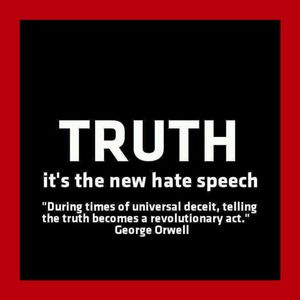 Wake Up to Reality
Published 4 months ago |
A clever short video with "translation" and subtitles, and totally to the point.
Today's Globalist elites have declared war on the world population.
They model themselves on Hitler and the Nazis, with "The Great Reset" their equivalent to "The Final Solution".

But Hitler was defeated and so will the tyrants and despots of today.

Share this satirical but true video far and wide.

Background:
The original video clip is from the 2004 movie - Downfall.
Adolf Hitler’s final days are depicted as he refuses to accept defeat and his delusions of grandeur are effectively portrayed.
Desertion, wrath, and loss come to a head in Hitler’s bunker.
Optimism crumbles into grim realization and terror as it becomes clear that Germany's defeat is inevitable.
As the Russian army circles the city, the dimly lit halls of the underground refuge become an execution chamber for the Führer and his closest advisors.
Keywords
vaccinescensorshipvaccinationhitlernew world ordernazisvirusred pillbill gatesfauciworld warbrainwashedmedia liesmasksworld economic forumfinal solutionpsychosiswefcorona virusevent 201covidgreat resetbuild back betterhealth passvaccine passport