Zach Drew Show
Published a month ago |
Today we will be talking about a few things:

1. The two famous men that ‘fell away’ from God this week, and what our response should be.
2. How counterfeit moves in the spirit are causing many to doubt the authentic
3. And how liberal Christianity is causing people to doubt the inerrancy of the Word.

Why are so many people leaving their beliefs in God? Why are so many doubting? Part of the answer is that the church has allowed a lot of the counterfeit to exist alongside the authentic. There has been a mixing of the world and the Church, and a new, Holy Spirit led reformation needs to take place.

God seems to work in types and patterns — cycles, even. Every 500 years the Christian church has gone through some type of reformation, or revolution — where the established order is turned upside down and replaced with something fresh.

For western Christianity, the Protestant, or Great Reformation was about five hundred years ago. When Martin Luther famously pinned his “95 thesis” against the catholic church which really just had 2 central thoughts: that the Bible is the central religious authority and that humans may reach salvation only by their faith and not by their deeds.

Between these great reformations, there are two common trends that have unfolded in their wake:
1. During every reformation the dominant form of Christianity is reconstituted into a more pure and less ossified expression of its former self.
2. Christianity spreads like a wildfire. Each reformation has drastically increased the church's depth and reach.

It seems that at time of great “mixing” is when reformation comes. The first time this happened was around 400 AD, when Theodosius was the emperor of Rome. He declared Christianity as the state religion. After that, pagan temples became churches, heathen festivals were converted to Christian ones, and pagan priests slipped into office as christian priests. There was a marriage between paganism and Christianity.

This led to the 1st reformation around 100 years later. This period in Church history, the mixing of paganism and Christianity, is represented by the Pergamos church of Revelation.

The church in Pergamos was chastised in the book of revelation by Jesus for having mixed itself with the world. In fact the word Pergamos is actually a combination of two words, “Per” meaning “mixed, objectionable” and “Gamos” meaning “marriage.” So Pergamos means a “mixed, or objectionable marriage.”

This could characterize much of the church in the west today.

What is being mixed today? Primarily two things:

1. Liberalism that abandons the Word of God as the ultimate authority.
a. There are those who call themselves Christians and believe that there are other absolute truths, other than the Word. This leads to skewd theology like: There are more ways to God than through Jesus, or that Jesus wasn’t sinless, or that Hell isn't a real place. It leads to sin no longer being sin, like Abortion, homosexuality, sex outside of marriage, to name a few

a. You see Churches practicing Yoga at their facility during the week, people using “Christian” tarot cards, and new age concepts like “Christ Consciousness” pulling people away from the pure gospel.

We need a great reformation in the body of Christ, and if God works in cycles, then we should be seeing one soon! It will be a revival that is not based on emotions and artificiality, but one led by the Holy Spirit, the Spirit of truth. What is a VPN? How it works and why you should get one
The Gliding Alligator
491 views
2:54 Commit to GROW at least a portion of your own FOOD
Health Ranger Report
660 views
01:20:13 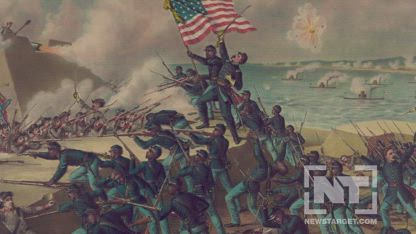