The Truth About Cancer
Published a year ago |
We begin this episode from one of the countries we visited in our latest documentary... Japan (The Land of the Rising Sun).

Did you know Japan has said "no" to mandatory vaccines since 1994? Not only this, they banned the triple MMR jab in 1993 after a record number of children developed adverse reactions to the drug.

Did you know that Japan has one of the lowest rates of infant deaths in the world? Japan does not vaccine newborns with the Hepatitis B vaccine nor does it vaccinate pregnant mothers (even the flu shot!). They also don't require the HPV vaccine.

Next, we talk about NBC's recent smear campaign on vaccine safety advocates. Be sure to read our rebuttal here for the truth: http://bit.ly/nbc-today-attacks-vaccine-safety.

Watch the full video to learn more about the foundation of propaganda and the "science" of manipulating public opinion.

Are "Anti-Vaxxers" just former "Pro-Vaxxers"? Yes! Many of us didn't know the truth. Many people followed the "rules", vaccinated their children, and then observed the damage in their children. This isn't a movement of misinformation. This is a movement of mothers and fathers questioning the status quo, challenging the legality of mandatory vaccines, and demanding vaccine safety testing.

Did you know that opioids have killed 4 times more people than the Vietnam war? We discuss the patenting process of opioids (and cannabis) and the dangers.

Lastly, we'll share more about the latest ploy by the mainstream media to promote vaccines and the "measles epidemic"...

After losing several family members to conventional cancer treatments, they set out to learn the truth about cancer and the cancer industry, working together tirelessly to help others to learn the truth that sets them free to live healthy, happy lives.

Ty & Charlene's heartbreak and grief coupled with their firm belief that chemotherapy, radiation, and surgery were NOT the most effective treatments available for cancer patients, led them on a path of discovery.

On their journey, they interviewed cutting-edge scientists, leading alternative doctors, and groundbreaking researchers to learn about hidden alternative cancer treatments. What they uncovered helped to create The Truth About Cancer and its three awe-inspiring docu-series: ”The Quest for The Cures”, “The Quest for the Cures Continues”, “The Truth About Cancer: A Global Quest”, and "Eastern Medicine: Journey through ASIA."

Their message is clear: CANCER IS NOT A DEATH SENTENCE. THERE IS ALWAYS HOPE.
Keywords
DangerousHomeProductsEssentialsOilsHolisticHealthNewsHealthNewsVaccineRiskTTACNaturalNewsVaccineSafetyVaccinesCharleneBollingerTyBollingerGlobalHealthNewsTheTruthAboutCancerHealth

The views and opinions expressed in this video do not necessarily represent the views of Brighteon or its affiliates.
Related videos
12:01 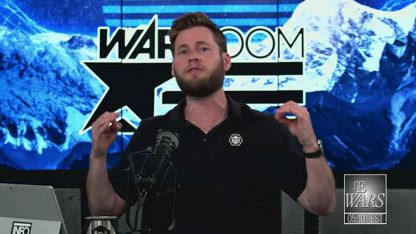 Mandatory Vaccines Could Be The Death Of Freedom
War Room
625 views
44:35 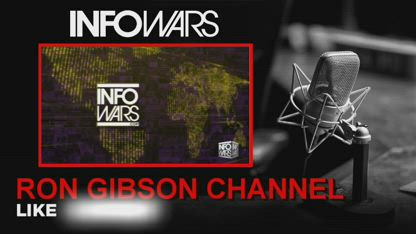