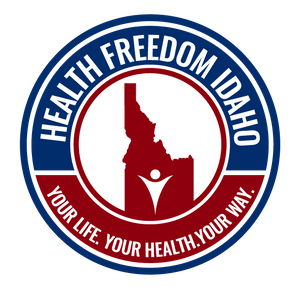 HealthFreedomIdaho
Published a year ago |
Viral Engineering, Fauci, and the Effects of the Vaccine as Dr. Michael Karlfeldt interviews Colonel Don Huber (ret.), former Associate Director of the Armed Forces Medical Intelligence Center.
Dr. Huber and Dr. Karlfeldt Discuss: Information and Censorship and Psychological Warfare (created fear to keep people from rational thinking and common sense) Eliminate/Censoring Data regarding the actual risks for the population
The lack of the public and scientific communities' concern for long-term studies that haven't been conducted Medical Intelligence and Viral Engineering
Mask is for 'fear potential' coupled with the media constant reporting of the number of cases (even asymptomatic "cases") designed to keep us off balance laboratory product with research funded through NIH after the outlawing the gain of function research cheap economic alternatives treatments to the virus then and Now Oct 13, 1976, Shortly after the national vaccination campaign for Swine Flu began, 3 elderly persons died after receiving the vaccine in the same clinic. The mass vaccination program was halted because 50 individuals reacted to swine flu immunizations with cases of Guillain-Barré syndrome (GBS) creating a neurological disorder in which the body's immune system mistakenly attacks part of its peripheral nervous system it can cause paralysis and result in death.

All evidence shows that these products should be removed from the market immediately. As you know, these reports are just the tip of the iceberg as “fewer than 1% of vaccine adverse events are reported.”[1] It is unclear whether the U.S. as we know it will survive such astronomical levels of iatrogenic injury.
Keywords
huberinfectionsdiseasemandatesmaskscovid-19