The Pete Santilli Show
Published a year ago |
Shop nowDonate
The demand, which came from U.S. Senators Robert Menendez (D-NJ), Dick Durbin (D-IL), and Patrick Leahy (D-VT), resurfaced Wednesday in an opinion piece written by conservative Marc Thiessen in the Washington Post. Ironically, Speaker of the House Nancy Pelosi (D-CA) declared Tuesday that the mere possibility that President Trump had asked Ukraine to continue an investigation of former Vice President Joe Biden — even without a quid pro quo — was enough to trigger an impeachment inquiry. (Biden boasted in 2018 that he had forced Ukraine to remove its prosecutor by threatening to withhold $1 billion in U.S. aid; he did not tell his audience at the Council on Foreign Relations that the prosecutor was looking into a firm on whose board his son, Hunter Biden, was serving.)
E-Militia Article: BOOM! IN 2018 DEMOCRATS DEMANDED UKRAINE INVESTIGATE TRUMP http://ow.ly/uqrx30pByfx

The views and opinions expressed in this video do not necessarily represent the views of Brighteon or its affiliates.
Related videos
25:46 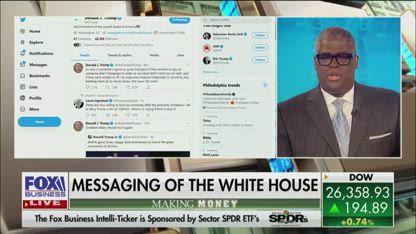