SERGEANT MAJOR'S TRUTHER INFO
Published a month ago |
Donate
As videos continue to surface of cops breaking so-called UNLAWFUL social distancing guidelines, suggestions, & directions (NOT LAWS) to enforce social distancing guidelines, many Americans who have had their livelihoods turned into ashes, are beginning to see that the government’s reaction to the COVID-19 Plandemic is actually about New World Order CONTROL, not about public safety from the COMMON FLU VIRUS. The ONLY LAW they are exempt from is traffic laws when they are authorized to respond CODE 3 to an emergency - THAT IS IT. A pastor in Los Angeles, who reportedly had his church shut down because of these arbitrarily enforced dictates, seemingly had enough and took to exposing it this month. In a video taken earlier this month, the unidentified pastor noticed a large gathering of cops outside of a 7-11 on a Tuesday morning and decided to expose their hypocrisy. The interaction was nothing short of epic. “Please notice how many police officers you see gathered together over here. Now, let’s see if they are socially distancing or if they are wearing masks,” the pastor says as he rounded the corner of a shopping center to find 20 cops all violating the social distancing laws that they have been arresting people over. “Much more than ten. Much more than ten,” he says, before asking, “who’s in charge? We are trying to figure out why you’re not social distancing and why you’re not wearing masks and why you’re clustered together.” The pastor then begins counting the cops and notes that there are 20 of them standing very close together — an act that could warrant riot police if they were regular citizens. “Notice that none of them are wearing masks and they are standing very close together,” he says. “But you shut down my church, saying it was ten or more.” Having been “caught” breaking the very dictates they are tasked with enforcing, the cops begin to scatter like roaches when the lights are turned on. The pastor then attempts to hold the officers accountable by getting all of their names as they try to walk away. Take notice, that in the video, not one, but two of the officers are even parked in handicapped parking spots. This is the typical mindset of many police officers who advocate the “do as I say, not as I do” way of policing. Though it is shameful, it happens on a regular basis. “This is how they do it,” the pastor says. “It’s like a gang.” “Number one, they will shoot a black man or an Hispanic, or a poor white man in a heartbeat over here,” the pastor says. “Number two, they will plant a gun, they will plant evidence,” he said. “They’ve been here for a long time, when I came over with the camera, they dispersed.” As the video ends, this pastor says what we here at TFTP have been advocating for nearly a decade, “It’s time for the police to be policed.” Mic drop!

Like I keep saying, the COPS are the criminals & the terrorists. Every mom & pop business that has been shut down or fined should get all of their lost income & all their employees lost wages paid to them by the government. All of these cops know the COVID19 Plandemic is FAKE. They are not ignorant of this fact, they are part of the government conspirators perpetrating this Government Conspiracy Theory (aka False Flag HOAX Event) on the American people. Time for people to march on all city, county, state, & federal government buildings. Time for all businesses to open their doors now. Time for the politicians to be tried and jailed or executed. AND, if this all went over your head, it is time for you to turn off the news & start doing research so you can Wake Up!

"The 5 Rules to AWAKENING: Rule #1 - Everything you were ever taught is a lie by design; Rule #2 - governments lie 100% of the time, they always have, and they always will; Rule #3 - the Illuminati controlled mainstream media is not reality, but rather is lies, disinformation, half-truths, & fake events carried out by gov/media hired crisis actors (aka role players); Rule #4 - Spirituality & Reincarnation are reality, whereas religions are simply government crowd control measures; and Rule #5 - this plane(t) called earth is a flat, motionless plane, it is not a spinning ball hurling through outer space. Furthermore, the 4 Sources of Disinformation that are ALWAYS FAKE: government, mainstream media news, matrix sciences, & religions." -- Sergeant Major
Keywords
War on Terror is FakePlandemicCOVID 19Coronavirus

The views and opinions expressed in this video do not necessarily represent the views of Brighteon or its affiliates.
Related videos
2:45 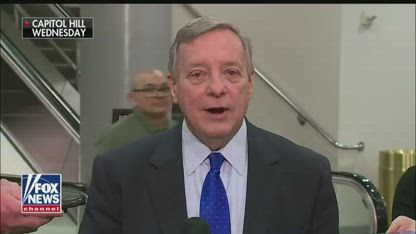 The Marines Are Ready To Serve America And Not The Deep State
War Room
555 views
11:06