InfoWars - Alex Jones Channel
Published 2 years ago |
Weeks after Rep. Eric Swalwell (D-CA) threatened nuclear war against gun owners who refused to give up their firearms, Kaitlin Bennett confronted him about his comments. The gun grabbing Congressman chose to talk basketball with a man who shoved her out of the way, instead of answering her question.
Keywords
infowarsgunnewswarsswalwellcacongressmannuclear warericbasketballbennettkaitlindemconfrontedowner This Will Cause a Democratic Mass Exodus!! Especially After “This” Is Revealed…
Lisa Haven
428 views
6:31 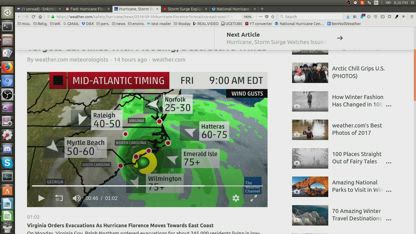 11 Powers and Duties of the President Under the Constitution
Tenth Amendment Center
72 views
25:40