RealityMatters
Published a year ago |
-The "bombs" were hoaxes.
-Of several reasonable hypotheses, the most likely is that they were propaganda stunts from the left.
-Most of the legacy media won't even acknowledge that the "bombs" weren't real.
-Some cop types have supported the lie by refusing to answer direct questions about it.
-Under law passed in 2012, gov't employees can legally spread lies to Americans to influence opinion. But Obama did it, so it's OK.

The views and opinions expressed in this video do not necessarily represent the views of Brighteon or its affiliates.
Related videos
14:49 Is a Vote for Labor a Vote for China's Communist Regime?
Anxious Aussie Commentary
17 views
02:50:03 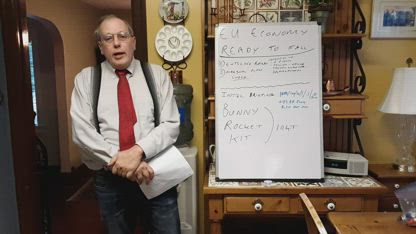 European Economy Set To Blow
We The People Speak
180 views