New Videos
Popular Videos
Premium Videos
Sponsored Videos
Browse Channels
Advertising Info
Free Newsletter
Log In
Create New Account
Support Your Freedom to Speak:
IMPORTANT: This video was corrupted by a former infrastructure provider to Brighteon and needs to be re-uploaded by the owner of this channel. It was NOT censored by Brighteon. Please contact the channel owner and ask them to re-upload.
The Road to Freedom & Peace in my Heart Blind hatred in Bavaria Germany because of Fake Refugees
57 views

Polaris Northern Star
Published 2 years ago |
This was my first Video ever I made in You Tube for my Canadian friends.
We became stuck between waves of Fake Refugees & their criminal behaviour with the resulting generalized hatred against all foreigners in Bavaria, Germany.
When millions of fake refugees including many criminals invade a country like Germany general society becomes unglued.
Generalized blind hatred & distrust are the consequences.
A country needs borders to save all citizens, including real refugees.
Lily Polaris
Keywords
blind anti foreigner sentimentcosequences of mass invasion to germanygermany disintegratinghatred in bavariareal refugee vs fake fugees

The views and opinions expressed in this video do not necessarily represent the views of Brighteon or its affiliates.
Related videos
4:43 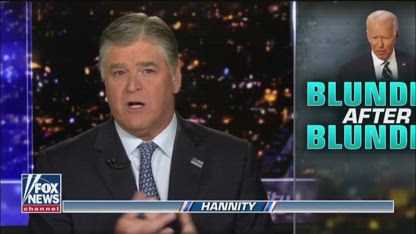 Hannity: Biden stumbles over his words at almost every event
NewsClips
215 views
02:07:21 How to survive the global CULLING of the human race
Health Ranger Report
3101 views
2:46