The truth be told
Published a year ago |
Dr. Rima E. Laibow MD discusses the Globalist Agenda in response to a question at the Ramtha School of Enlightenment, February 2010. This is one of Dr Rima's telling of the story of how the phrase "The Great Culling" came to be.

The individual is handicapped by coming face-to-face with a conspiracy so monstrous he cannot believe it exists. The human mind simply has not come to a realization of the evil which has been introduced into our midst. It rejects even the assumption that human creatures could espouse a philosophy which must ultimately destroy all that is good and decent.
J. Edgar Hoover, as quoted in The Elks Magazine (August 1956).
THE SILENT WAR BEING WAGED ON OUR CHILDREN.
http://thesilentwaronourchildren.wordpress.com/

SILENT WEAPONS FOR QUIET WARS: USELESS EATERS vs. NEW WORLD ORDER
“The elderly are useless eaters” — Dr. Henry Kissinger
“A total world population of 250-300 million people, a 95% decline from present levels, would be ideal.” — Ted Turner, in an interview with Audubon magazine
“The world today has 6.8 billion people. That's heading up to about nine billion. Now if we do a really great job on new vaccines, health care & reproductive health services, we could LOWER that by perhaps 10 or 15 percent.”
― Bill Gates
“The present vast overpopulation, now far beyond the world carrying capacity, cannot be answered by future reductions in the birth rate due to contraception, sterilization and abortion, but must be met in the present by the reduction of numbers presently existing. This must be done by whatever means necessary.” — Initiative for the United Nations ECO-92 EARTH CHARTER
“Maintain humanity under 500,000,000 in perpetual balance with nature”
— Georgia Guidestones
“Maintain humanity under 500 million”? Global population is already in the billions.
“Maintain??”
“Maintain humanity under 500 million”?
Wtf do they mean?

What does a zero carbon foot print really mean. Consider the insanity of what that really means.
Some of our politicians are seriously proposing a “zero carbon” requirement.This means no burning of hydrocarbon products for heating, transporting, generating electricity, etc, and we must presumably include exhaling to reach the zero target.

“When we’re finished, you’ll wish you had the rights of a tree.”
– Maurice Strong on the Earth Charter view on human rights.

The need for enemies seems to be a common historical factor… Bring the divided nation together to face an outside enemy, either a real one or else one invented for the purpose

The Green Agenda – The First Global Revolution
“The common enemy of humanity is man.
In searching for a new enemy to unite us, we came up
with the idea that pollution, the threat of global warming,
water shortages, famine and the like would fit the bill. All these
dangers are caused by human intervention, and it is only through
changed attitudes and behavior that they can be overcome.
The real enemy then, is humanity itself.“
–The First Global Revolution” (1991) published by the Club of Rome. Members of the Club of Rome include: Al Gore, Jimmy Carter, Bill Gates, George Soros, Bill Clinton, David Rockefeller, Ted Turner, Henry A. Kissinger and author of the Kyoto Protocols Maurice Strong.

In essence these people and their cohorts have declared war on the human species.

----We are at WAR! Or, at least, it appears that way! This apparent war is both undeclared and unacknowledged, and is literally unbeknownst to half of the players on the field of battle. It has been on going for at least 60 or more years, AND is still being fought! It is a “hidden” war, and thus the first word in the title of this article “SILENT”.
It is a battle for total control over the entire planet that we live on.
This SILENT WAR involves only two sides — USELESS EATERS and THE NEW WORLD ORDER.
For those who are unfamiliar with the term: USELESS EATER, that is the term that was given to the common man – the everyday, average guy and gal – by the Super Elite, most of whom support the New World Order Agenda! So this is THEIR TERM for the common man, not mine.
Depending upon which side you are on, that will be the indicator of how much information you have about this battle. If you are on the side of the people – the “USELESS EATERS” – you will know nothing, or at least as close to nothing as possible about this war, or that it is even being waged, you will, in effect, BE OBLIVIOUS!
Author: Bradley Loves
Deal with reality, before it deals with you.
If your waiting for someone to save us, it's not going to happen.
It's S.O.S = Save Our Selves.
“You may choose to look the other way, but you can never say again that you did not know.”
— William Wilberforce
Keywords
Georgia Guidestonessilent weapons for slient warThe Great Culling5Gcodex alimentariuswifieugenicseagenda 2030depopulationagenda 21illuminaticell phonewarwirelessglobalistelitefluoridegeoengineeringchemtrailsgmovaccinesglyphosate

The views and opinions expressed in this video do not necessarily represent the views of Brighteon or its affiliates.
Related videos
6:15 Why Trump SHOULD Shut Down Govt — Though He Won’t
The David Knight Show
425 views
0:58 The Globalists Agenda Is To Destroy The Individual
InfoWars - Alex Jones Channel
5719 views
5:47 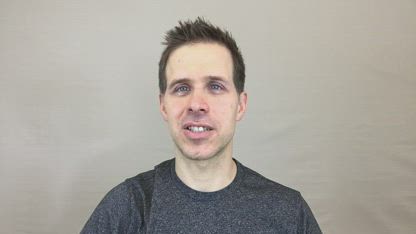 Why you absolutely need this precious substance and how to work it into your daily routine
Healing the Body
2730 views
02:41:43