Garbear.com
Published 8 days ago |
Raw Footage: Very graphic video released of the shooting of two Tulsa Police Officers, One Died.
David Ware is accused of shooting Sergeant Craig Johnson and Officer Aurash Zarkeshan. Johnson died from his injuries. Zarkeshan continues with his recovery. The Police Chief says local officers continue to suffer trauma from the video.
The videos show the officers telling Ware to get out of the car more than forty times. The suspect refuses to follow their orders.

At one point, Ware calls a friend, Matthew Hall, to pick him up.

Police continue telling him to get out of the car, and they warn him before using a taser and pepper spray. As they tried to get him out of the car, a struggle ensued. Investigators say that’s when Ware grabbed a gun from under the driver’s seat and shot the officers before running away.
Keywords
shooting of two Tulsa Police OfficersHoly SpiritGodJesus

The views and opinions expressed in this video do not necessarily represent the views of Brighteon or its affiliates.
Related videos
11:51 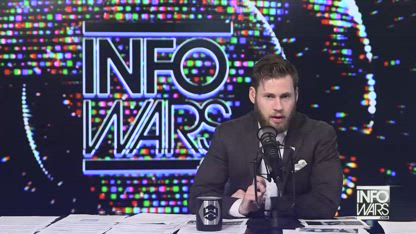