the Duke's other channel
Published 10 months ago |
In New Orleans of the mid-1980s, A girl with curly red hair has an intimate birthday party with a close group of friends. After the party, the pretty girl, wearing a striped, royal blue sheath dress, and beige suede stiletto pump heads on home. With her arms laden with gifts, this girl is in a blissful mood. So much so she doesn’t mind walking through the dark streets of the city. However, as she neared Jackson Square, the pretty girl soon realizes that the clicking over heels isn’t her only companion.
With the streets slick with mist from the river, the girl notices an odd plopping sound, low in tone yet rhythmic. Sensing that the sound was coming from behind her, the pretty girl turns and looks back the way she came, but all she could see was the dark street.
Pausing at an intersection, and with the sound of her heels briefly silenced, the girl could now hear that sound as it seems to get closer.
Heading on her way, the pretty girl bypasses the St Louis Cathedral. Simultaneously, she also concludes that the sound is from footsteps tracking across the wet pavement. The awareness of being followed, along with the feeling of vulnerability, is enough to prompt the girl to quicken her pace. As she moves through those misty streets, the clicking of her heels got louder. The redheaded girl also heard the steady footfalls of her pursuer get louder and closer.
As the pretty girl turned a corner, anxiety consumed her as the sound of those wet footsteps seem to be right on top of her. With a sudden bout of clumsiness, the girl accidentally drops one of her gifts. As the box hits the ground, she immediately stops. Looking over her shoulder, the pretty girl notices that those other footsteps have also stopped. Despite her fear, the beautiful girl kneels to grab that package, all the while keeping her eyes on the street corner behind her.
Like a bolt out of the blue, a random hand grabs hers as she picks up that package. The girl jumps with fright as she turns to see who has snagged her. However, it’s pleasantly surprising for her to discover that it’s a police officer holding her hand. The pretty girl quickly alerts him of her predicament, and the cop offers to take her home, but she tells him that her house is only a few doors away. After which the cop stands watch as the pretty redhead girl enter her place unmolested.
Unfortunately for the pretty girl, this man in the uniform is not a cop. He is the mystery figure that was stalking her through the streets, and now he intends to give her a not-so-friendly nocturnal visit. 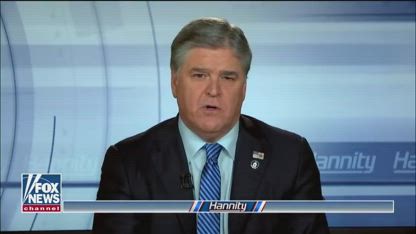