New Videos
Popular Videos
Premium Videos
Sponsored Videos
Browse Channels
Advertising Info
Log In
Create New Account
Support Your Freedom to Speak:
So what should Alberta and the west Countries do? When there is NO Constitution or Federation papers.
12 views

Traveling Truth Tour
Published 3 months ago |
Shop now
So what should Alberta and the west Countries do? when there is NO Constitution or even Federation papers and the Clarity Act ensures NO Referendum can ever work !
Help support our work Travelling Truth Tour - Constitutional Conventions - donations may be e-trasnfer to travelingtruthtour@outlook.com -

Too add their is a 25 000 dollar reward for anyone to produce these so -called papers of federation -
They use the firewall idea, and try to take back everything the constitution allows? What Constitution do they refer to?
Why have they NOT asked the Myth is Canada historians to be included in these debates, are they deliberately leaving out The Myth is Canada guest speakers. You Decide?
https://www.themythiscanada.com/
I ask what is their Agenda - You Decide ? Do they want FACT's or is their a hidden agenda?
Roll over and play dead — like the the Government recommends?

Here is what Myth is Canada will discuss
Never have we been able to “reform” anything from within, their system ? Has the Government EVER NOT Lied to you!
Has a referendum ever worked ! Clarity Act states
- you can NEVER win a referendum read the document. Investigate the Quebec referendum - Quebec is a Nation within a Nation - so the referendum was just a diversion Quebec referendum was only an advertising technique and made the federal government's less than obvious ...... Dirty politics: Deception, distraction and their Representative democracy representing themselves!
Government is that the advertisements are publicly funded party propaganda. The 1980 referendum is noteworthy because two federal governments, the Progressive Conservative government of Joe Clark and the Liberal government of Pierre Trudeau, were both involved in the same kind of advertising and made the same pro-federalist arguments. The Quebec referendum provides ample FACTS to see government advertising during periods of political instability when the security of the their system of control is threatened.
The referendum was technically suppose to be a provincial matter, BUT the federal government had ensured that it would be their outcome. It recognized they would loose their system of control and made effort to ensure there would be no Sovereign Quebec - They also NEVER provided the FACTS that there has never been any FEDERATION or that they NEVER have been a Canadian Constitution - They played the "If Quebec seceded card " not only would there be an enormous financial, social, and cultural cost but the reality of losing sixty nine Liberal seats in Quebec would end the control of power immediately and they ensued this was NOT going to happen. The 9 other Countries such as Alberta would NOW have the opportunity to always have what they were a Sovereign Nation
As was the case with the referendum in 1992, the federal efforts in the 1980 referendum were multi-pronged. (EXAMPLE LOOK AT BREXIT in EUROPE) Advertising was a central focus of the federal strategy, it was also complemented by a task force and publicity campaigns coordinated from among the highest offices of the government. To deceive the public about there has NEVER been any Confederation The federal government's communications strategy was coordinated by Paul Tellier from the Privy Council Office. It was here where a small group of eleven people, who Tellier described as "a mix of doers, thinkers and shit disturbers," was to be the eyes and ears of the federal communications strategy ("They May Not Save a Country, but at Least They'll Build an Empire," 1977, p. 415). The Tellier group made policy and the Canadian Unity Information Office (CUIO) carried it out. Its role will be discussed in greater detail below. THE OWNERS of de-facto canada Inc were never going to allow this to happen
Examination of memos, communications plans, and other recently de-classified documents makes it evident that the Canadian government sought not to provide "value free information" but rather a strong pro-federalist argument. Examine the strategies of the federal government's advertising . Also see that the Quebec government was a skilful advertiser and used the same advertising techniques as did its federal counterpart. Finally, the case of the Quebec referendum will shed some much needed light on how governments propaganda advertise on contentious issues.Their propaganda. Though the federal government was involved in arguments that were designed to make a pro-federalist case, it had an obligation to persuade the Quebec public on this issue.
These propaganda structures of meaning to understand further how advertisements manipulate the reader.
Government (CBC), whose mandate specifically included aiding national unity.
The all know there is NO Constitution or even Federation papers

Why have they NOT asked the Myth is Canada historians to be included in the debates, are they deliberately leaving out The Myth is Canada guest speakers. You Decide?
They add in this pre-selected panel - to control the discussion
Keywords
indian acttravelling truth tourthe myth is canadaconstitutional conventionsdallas hillsDe factode jurebna actcanadatravel 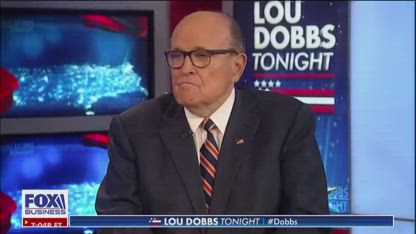