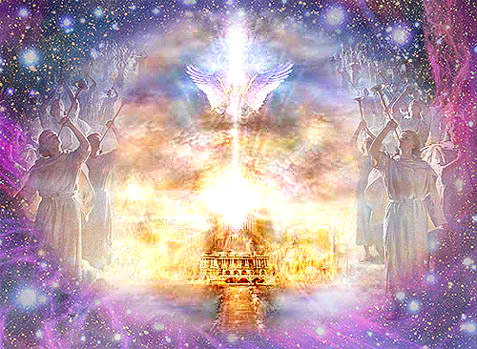 Take Heed Lest Ye Fall
Published 9 months ago |
For the past several years, we have witnessed a wide range of events and calamities that point to the return of Jesus Christ, the Son of the living God including extreme weather events and climate change including massive earthquakes, signs in the sun and the moon, sinkholes, cloudbursts (massive rainfalls), hurricanes, cyclones and typhoons and massive deaths of animals were witnessed around the world.

These signs are harbingers of the plagues of God, which will affect those who will take the mark of the Vatican beast and accordingly, will have rejected Christ as their Saviour and His holy ten commandments as they are mentioned in Revelation 16.

Natural disasters and social chaos have increased tenfold over the past few years; they point to Christ’s imminent return. Only His prophecies have, are and will come to pass, along with those of His prophets since only He is Truth.

Please read Matthew 24. Further, in Mark 13:8, we read, For nation shall rise against nation, and kingdom against kingdom: and there shall be earthquakes in divers places, and there shall be famines and troubles: these are the beginnings of sorrows.

In Luke 21:11, Christ says, And great earthquakes shall be in divers places, and famines, and pestilences; and fearful sights and great signs shall there be from heaven. In Luke 21:25, the Creator says, And there shall be signs in the sun, and in the moon, and in the stars; and upon the earth distress of nations, with perplexity; the sea and the waves roaring.

Regarding the increasing number of sinkholes, they point to Romans 8:22, For we know that the whole creation groaneth and travaileth in pain together until now. We are also witnessing animals attacking humans as per Revelation 6:8.

More is coming including the current formation of a new world order comprising of a one world government and a one world religion that will see the Vatican and the US join forces to enforce satan’s counterfeit “kingdom” or new world order and the enforcement of Sunday observance, which will be the mark (Sunday) of the beast (Vatican). In Bible prophecy, a beast represents a nation headed by a ruler (Daniel 7:17, 23).

The Vatican beast, the first beast of Revelation 13, says the following about its mark:

"Sunday is our MARK of authority [...] The church is above the Bible, and this transference of Sabbath observance is proof of that fact". — Catholic Record of London, Ontario. Sept. 1, 1923.

Now is the time to turn to Christ for the salvation of your souls. Turn to Christ and put your complete faith in Him, flee worldliness and keep His holy ten commandments through the Holy Spirit, which represents His divine love and character (Exodus 20; John 14:15; 1 John 5:3; Revelation 14:12), and He will deliver you. Only Christ Jesus is the Answer!

Since His prophecies are coming to pass, as they are listed in Matthew 24, Mark 13 and in Luke 21, why are you still refusing to embrace Him as the Son of God and your Saviour?

If you still refuse to accept Christ, prior to His inevitable and imminent return, He will refuse you also! As it is written in Mark 8:38, Whosoever therefore shall be ashamed of Me and of My words in this adulterous and sinful generation; of him also shall the Son of man be ashamed, when He cometh in the glory of His Father with the holy angels.