The Pete Santilli Show
Published 8 months ago |
Shop nowDonate
Due to technical issues, the show archive is split up. Please go to part one: https://youtu.be/4Vc4cnQg0nA

ISIS is a US-Israeli creation, a fact as clear as the sky is blue. It’s a truth as black and white as the colors on their flag. For many alternative news readers, this may be patently obvious, but this article is written for the large majority of people in the world who still have no idea who is really behind the rise of ISIS. No matter which name they go by – ISIS, ISIL, IS or Daesh – the group has been deliberately engineered by the US and Israel to achieve certain geopolitical goals. This was written before ISIS came on to the world stage. Clearly ISIS was no random uprising, but rather a carefully groomed and orchestrated controlled opposition group. E-Militia Article: CIA & Deep State Panics As Trump Takes Out Their Top Asset: ISIS Leader al-Baghdadi http://ow.ly/RUVf30pMRHU

GUEST: Will Johnson is the founder of Unite America First. He was a Democrat his
entire life until he moved to the state of California where he saw what
happens to a state under Democrat leadership. He now works to inform
Americans of the evil, lawless and divisive ways of the democrat party. And
he strives to unite the country based on our equal desire to protect our
families, love our country, respect American values and have a prosperous
country for generations to come. Will is one of the Black Influencers
brought together by Turning Point USA and he is the West Coast
Correspondent for InfoWars. WILL Now host his own show FIRE POWER for infowars.com

The views and opinions expressed in this video do not necessarily represent the views of Brighteon or its affiliates.
Related videos
16:06 What the Media Wont Tell You About YouTube
Truth Matters
279 views
49:03 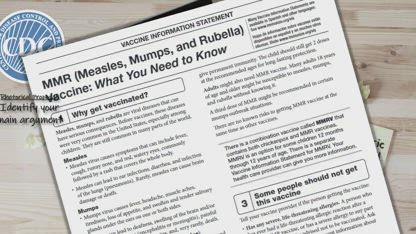 "A Rogerian Argument for Vaccination: A Rhetorical Proposal"
Vaccines and Vaccination
38 views