Wednesday during his remarks carried by CSPAN, Sen. Mike Lee (R-UT) reacted to the Trump administration’s briefing to lawmakers today on the airstrike that killed Iranian general Qasem Soleimani with very disparaging remarks. Lee said, “The briefing lasted only 75 minutes whereupon the briefers left. This is not the biggest problem I have with the briefing, which I would add was probably the worst briefing I have seen at least on a military issue in the nine years I have served in the United States Senate. What I found so distressing about that briefing was that one of the messages we received from the briefers was do not debate, do not discuss the issue of the appropriateness of further military intervention against Iran. And that if you do, you’ll be emboldening Iran.”

The views and opinions expressed in this video do not necessarily represent the views of Brighteon or its affiliates.
Related videos
9:46

Love the Baby Panda? Why Do We Despise Our Own Babies & Kill Them?
The David Knight Show
113 views
5:49 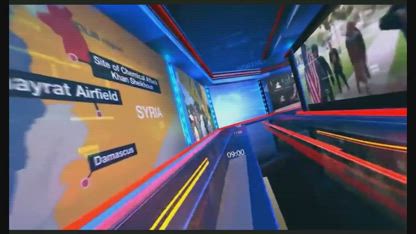 A Stupid War with Iran and the Coming False Flag
Beyondtheicea
202 views
1:21