Operation Uplift
Published 8 months ago |
On September 11th 2001, a bunch of Muslim terrorists conspired to murder thousands of My Countrymen and Women.
On that day, I was in Switzerland, watching it happen on the cnn.
Like many other Americans, I was enraged and deeply saddened, and not necesarily in that order.
Wanna Know a little secret?
September 11th, 2001 was, for that Year, the Coptic Christian New Year.
Now, being a Man with a deeply American SOUL, I am Honor-bound to NEVER Dog out anyone elses religion, but I fucking hate ALL THINGS ANCIENT EGYPT!
Some in the cut-Your-cock-off-cult that is modern Blue-Team demonazi lefties might bitch,piss,moan,and complain that I wish death on the pharoh, but hey, those pharohnic turds have been dead for a good minute, so wishing death to allready dead bitches and bitchettes aint no thang.
Wanna know another secret?
The "War on Terror", in REALITY, is the final battle of World War 2.
Our Fighting Men need to KNOW that the enemies are fucking nazi to the bone.
Look at the first video on this channel if You doubt this REALITY.
Our fighting Men ( and now Women TOO ) NEED to know that they are fighting the good fight.
WE ALL NEED to turn Our Rage to where it belongs;
to the goddam pharoh, and ALL who seek eternal life by parasitising off of OUR KIDS!
The idea of eternal life is as satanic as it fucking gets.
Look at the walls of the egyptiam pyramids. Half-animal, half-Human abominations!
I am NOT making this shit up.
blue= ancient egypt-devil-death
RED= American Indians,Our Creator-LIFE
Choose wisely.
JUDGEMENT DAY IS NOW!!!!!!!!!!!!!!!!!
On a lighter note, "mindwar" is a concept cooked up by one Colonel Aquino , who started His own offshoot of the church of satan called "the temple of set".
This is ancient egypt devil worshipping horse shit at its worst.
Now, I do LOVE to see death rammed sideways up the asses of the enemies of My People, but this set worship shit has served its purpose.
Time to let it go.
I have a plan for Full Spectrum Dominance that CANNOT FAIL, BUT, it must be in service to Our Creator., and Step One involves doing the right thing by the American Indians, and trashing any and all ties to ancient egypt.
This is the POINT of My " Letter to the President" video, and all this.
SO, You say that "Full Spectrum Dominance" is insane?
Dude, WHO ELSE BUT THE UNITED STATES OF AMERICA COULD POSSIBLY RUN THE PLANET THE RIGHT WAY???????????????????????
I Want to be made the Presidential Ambassador to the Indian Nations, and number 2 on the Donald John Trump National Atonement Council, with Number One being Our 45th President of these United States of America, the Honorable Donald John Trump
LET THE GOOD TIMES ROLL!
TREAD ON ME AND REAP THE WHIRLWIND, bitches.
Keywords
leadfootspectrumdollsdominancevalleyletredgothebluefullofmypeopletrump Five COSMIC things you need to know about Life, Earth and the WAR against humanity
CounterThink
14071 views
01:25:25 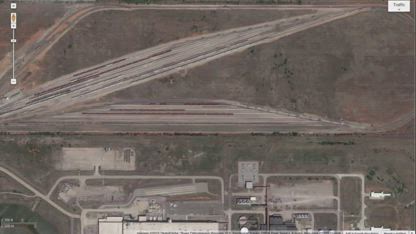