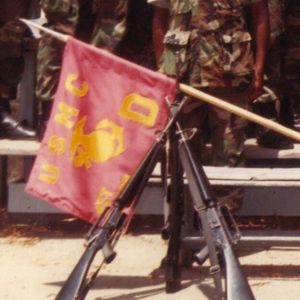 Marine1063
Published 10 months ago |
"Donetsk, Mar 14 – DAN. One of the cassettes of the Tochka-U downed over central Donetsk, exploded, killing at least 20 civilians in the central part of the city.
DPR Defence's deputy chief of staff Eduard Basurin confirmed DAN that the missile has a cassette-type warhead.
The Territorial Defence HQ said that at least 20 people have been killed, nine injured. There are children among the casualties.
The DPR Head Denis Pushilin said speaking at the Rossiya 1 TV Channel that there would have been much more victims if the missile had not been downed.

Donetsk, Mar 14 – DAN. Ukrainian forces fired 177 shells on the DPR in 24 hours, the DPR Mission to the JCCC said.
A total of 24 shelling incidents were reported.
The enemy used MLRS, anti-tank systems, artillery of 122 mm calibre, mortars of 120 and 82 mm calibres.
As a result of shelling, four civilians have been injured, three of them reside in the liberated areas.
A total of 22 houses in Donetsk, Elenovka and Alexandrovka sustained damage, as well as five infrastructural facilities.
Five DPR defenders were killed, 15 injured. Civilian evacuation is ongoing in southern DPR areas, where an active military action is ongoing; 86 people were evacuated from Bezymennoye, including 15 children.