Court finds George Soros guilty of insider trading,An American Oligarch's Dirty Tale Of Corruption
7 November 2002
A French court on Friday convicted American billionaire investor George Soros of insider trading and fined him 2.2 (m) million euros (dollars).
The fine matched the amount the Hungarian-born financier was accused of having made from buying and selling shares of French bank Societe Generale with insider knowledge 14 years ago.
Soros, who was not in court, said in a statement that he was "astounded and dismayed" by the ruling.
"At no point was I in possession of inside information regarding Societe Generale. The charges against me are unfounded and without merit," he said in the statement e-mailed to The Associated Press.
Soros said he would appeal "to the highest level necessary."
The court cleared two other men tried in the case: Jean-Charles Naouri, former top aide to France's then-Finance Minister Pierre Beregovoy, and Lebanese businessman Samir Traboulsi.
Prosecutors had sought fines of 290-thousand euros (dollars) for Naouri and 1.98 (m) million euros (dollars) for Traboulsi.
Neither man was in court for the verdict.The fine handed out to Soros matched the amount demanded by the prosecution.
But it represents a mere dent in his fortune, estimated by Forbes magazine at 6.9 (b) billion. The magazine ranked Soros, the 72-year-old president of Soros Fund Management, as the 37th richest person in the world this year.
Soros lawyer Bernard du Granrut said the Paris court "did not acknowledge the essential elements of the arguments we presented."
Societe Generale was privatised in 1987. A year later, its stock price went up during an unsuccessful takeover bid.
Soros was accused of having obtained insider information before the abortive corporate raid pushed up the stock price.
Soros had denied in court in November that he had privileged information.
Rarely does the world get a true look inside the corrupt world of Western oligarchs and the brazen manipulations they use to enhance their fortunes at the expense of the public good.
The following comes from correspondence of the Hungarian-born billionaire, now naturalized American speculator, George Soros. The hacker group CyberBerkut has published online letters allegedly written by Soros that reveal him not only as puppet master of the US-backed Ukraine regime.
They also reveal his machinations with the US Government and the officials of the European Union in a scheme where, if he succeeds, he could win billions in the plunder of Ukraine assets. All, of course, would be at the expense of Ukrainian citizens and of EU taxpayers.
What the three hacked documents reveal is a degree of behind-the-scene manipulation of the most minute details of the Kiev regime by the New York billionaire.
In the longest memo, dated March 15, 2015 and marked “Confidential” Soros outlines a detailed map of actions for the Ukraine regime. Titled, “A short and medium term comprehensive strategy for the new Ukraine,” the memo from Soros calls for steps to “restore the fighting capacity of Ukraine without violating the Minsk agreement.” To do the restoring, Soros blithely notes that “General Wesley Clark, Polish General Skrzypczak and a few specialists under the auspices of the Atlantic Council [emphasis added—f.w.e.] will advise President Poroshenko how to restore the fighting capacity of Ukraine without violating the Minsk agreement.”
Soros also calls for supplying lethal arms to Ukraine and secretly training Ukrainian army personnel in Romania to avoid direct NATO presence in Ukraine. The Atlantic Council is a leading Washington pro-NATO think tank.
Notably, Wesley Clark is also a business associate of Soros in BNK Petroleum which does business in Poland.
Clark, some might recall, was the mentally-unstable NATO General in charge of the 1999 bombing of Serbia who ordered NATO soldiers to fire on Russian soldiers guarding the Pristina International Airport. The Russians were there as a part of an agreed joint NATO–Russia peacekeeping operation supposed to police Kosovo. The British Commander, General Mike Jackson refused Clark, retorting, “I’m not going to start the Third World War for you.” Now Clark apparently decided to come out of retirement for the chance to go at Russia directly.
Naked asset grab
In his March 2015 memo Soros further writes that Ukrainian President Poroshenko’s “first priority must be to regain control of financial markets,” which he assures Poroshenko that Soros would be ready to assist in: “I am ready to call Jack Lew of the US Treasury to sound him out about the swap greement.”He also calls on the EU to give Ukraine an annual aid sum of €11 billion via a special EU borrowing facility. Soros proposes in effect using the EU’s “AAA” top credit rating to provide a risk insurance for investment into Ukraine.
Keywords
An American Oligarchs Dirty Tale Of CorruptionCourt finds George Soros guilty of insider tradingCuriousProvocativeotherGeorge SorosCultureCurrent EventsLifePoliticshomefinanceinsider tradingcorruption

The views and opinions expressed in this video do not necessarily represent the views of Brighteon or its affiliates.
Related videos
43:19 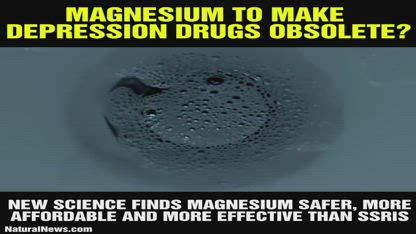