Truth-Seekers
Published 2 months ago |
ABOUT THE FILM
Humanity is imprisoned by a killer pandemic. People are being arrested for surfing in the ocean and meditating in nature. Nations are collapsing. Hungry citizens are rioting for food. The media has generated so much confusion and fear that people are begging for salvation in a syringe. Billionaire patent owners are pushing for globally mandated vaccines. Anyone who refuses to be injected with experimental poisons will be prohibited from travel, education and work. No, this is not a synopsis for a new horror movie. This is our current reality.

"Dear gatekeepers of truth and free speech, before removing this video, please read these words:

The world is watching you. We understand the pressure you’re under to censor any information that contradicts the popular narrative. We know the risk that comes with defying the orders of those who pull the strings. We realize even the biggest of tech giants are under the command of powerful forces that wield the ability to destroy your empire with the click of a key. But due to the critical condition of our world, “I was just doing my job” is no longer an acceptable excuse.

This is no time to play politics. Our future is your future. Your family’s future. Your children’s future. Your grandchildren’s future. This is a plea to the human in you. Preventing this information from reaching the people is taking a firm stance on the wrong side of history. A choice you will certainly live to regret as truth exponentially emerges. There is nothing, no billionaire, no politician, no media, no level of censorship that can slow this awakening. It is here. It is happening. Who’s side are you on?

And to the citizens of this magnificent planet...

If anything is clear at this moment, it is the fact that no one is coming to save us. We are the ones we’ve been waiting for. Though great forces have worked long and hard to divide us, our resilience, strength, and intelligence has been gravely underestimated. Now is the time to put all our differences aside. United we stand. Divided we fall.

Be brave. Share this video far and wide! Should this video be removed from this platform, download your own copy at:

Then, upload directly to all of your favorite platforms. You have our full permission to spread this information without limitation."

The views and opinions expressed in this video do not necessarily represent the views of Brighteon or its affiliates.
Related videos
8:52 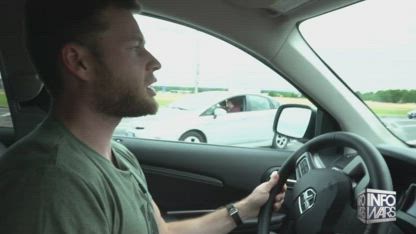 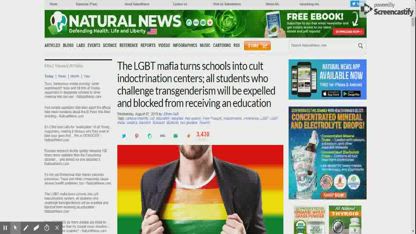 The LGBT mafia turns schools into cult indoctrination centers; all students who challenge transgenderism will be expelled and blocked from receiving an education
Press ON
162 views
5:17 Jussie Smollett, Dumb As A Pile Of Bricks!
zolnareport.com
129 views