StillmanMD
Published a year ago |
What's the evidence? Why does it matter?

Recently cell phones have become the target of much controversy because they are increasingly being viewed as potential carcinogenic agents with a causal role in brain tumor development. The overall incidence of malignant brain tumors in the United States from 1992 to 2007 declined slightly from 6.8 to 6.2 per 100,000, while the incidence in children has risen slightly over the past three decades [1, 2]. According to the Central Brain Tumor Registry (CBTRUS) [3] in 1995 the incidence of both benign and malignant brain tumors was 13.4 per 100,000 and in 2004 it was 18.2 per 100,000. The cause of the clear increase in benign tumor incidence is unknown, but there is concern that cell phones can trigger biological effects and that several decades of cell phone use in an individual may significantly increase the risk of a malignant brain tumor. The potential public health problem is sizeable as the most common malignant brain tumors are highly lethal and cell phone use in the U.S. alone has escalated dramatically, with approximately 70 million new cell phone subscrip- tions between 2006 and 2010, and 250 million subscrip- tions overall in 2007

The views and opinions expressed in this video do not necessarily represent the views of Brighteon or its affiliates.
Related videos
4:44 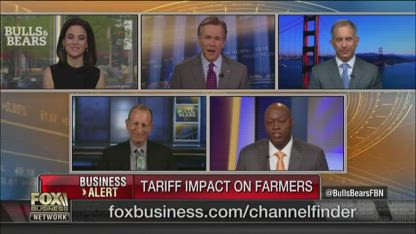 Human Tanks Prepped For Your Dead Bodies—From The Grave To Your Dinner Table!
Lisa Haven
589 views