David Zublick
Published 9 months ago |
Get the recently discontinued Trump Coin Freedom Coin today! Go to https://trumpcoin2020.com and put "David Zublick 30 " in the coupon code to receive a special discount.

The Justice Department announced that it has raided the “world’s largest” child sexual exploitation marketplace on the dark web, arrested 338 pedophiles, and saving at least 23 children who were being actively abused by users of the site. According to the DOJ release, they have evidence the sickening darknet site dedicated to the most vile forms of child abuse was accessed from within the US Senate.

The views and opinions expressed in this video do not necessarily represent the views of Brighteon or its affiliates.
Related videos
10:45 Emergency The EU And China Are Already Regulating The Us Internet
InfoWars - Alex Jones Channel
1330 views
6:58 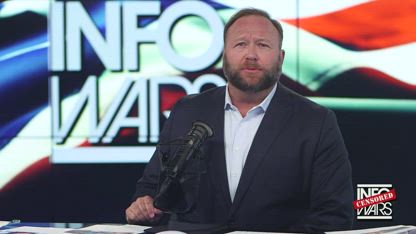 Must See: Discover The Real Reason InfoWars Is Being Banned From The Internet
InfoWars - Alex Jones Channel
557 views