Mark Zuckerberg, CEO of Facebook, was recently reported to be changing some of Facebook's policies 'in the face of what he deems as excessive censorship,' according to a CNN article of Jan 31, 2020. However, Friends of Science Society is calling out the Facebook CEO and asking for his help because Facebook is censoring their ad for a Freedom of Speech event. The event is entitled "Freedom of Speech! No Climate Emergency!" and features investigative journalist and free speech advocate, Donna Laframboise, and NASA award-winning scientist, Dr. Roy Spencer, principal researcher with the University of Alabama Huntsville. It appears that the rejection of the ad arises because Facebook has previously accepted the Climate Feedback claim that 500 scientists, who state there is NO climate emergency, is a form of false news. Facebook has since been demoting the Friends of Science site for having published this news that mainstream media blocked out. Friends of Science say that even one of Climate Feedback's own scientists admitted on Norwegian television that there is no present climate emergency. Likewise, the CLINTEL group now has more than 800 scientists. Friends of Science have also written a detailed critique of Climate Feedback's assessments, showing where they go wrong. Friends of Science further note that Climate Feedback, a subset of Poynter Institute's International Fact Checking Network (IFCN) should encourage open, civil debate on climate and energy policies - not dogmatically shut it down. In a fund-raising letter, Poynter's president, Neil Brown, claims their organization is dedicated to freedom of speech, freedom of the press and democracy, but that's not what Climate Feedback or IFCN are supporting. Please share our video letter to Mark Zuckerberg. 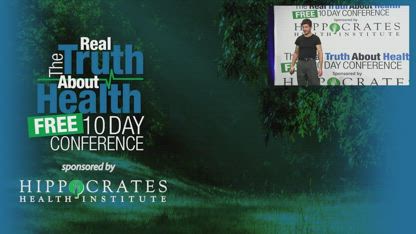 Contrary to Dr. Offit, Study Confirms That It Is Dangerous To Give Babies Multiple Vaccines At The Same Time...
Vaccines and Vaccination
183 views
11:12