SERGEANT MAJOR'S TRUTHER INFO
Published a month ago |
Donate
"Unacknowledged" focuses on the historic files of the Disclosure Project and how UFO secrecy has been ruthlessly enforced-and why. The best evidence for extraterrestrial, extra-dimensional, and inter-dimensional contact, dating back decades, is presented with direct top-secret witness testimony, documents and UFO footage, 80% of which has never been revealed anywhere else. The behind-the-scenes research and high-level meetings convened by Dr. Steven Greer will expose the degree of illegal, covert operations at the core of UFO secrecy. From briefings with the CIA Director, top Pentagon Generals and Admirals, to the briefing of President Obama via senior advisor John Podesta, chairman of the Hillary Clinton Campaign, we take the viewer behind the veil of secrecy and into the corridors of real power where the UFO secrets reside. The viewer will learn that a silent coup d'état has occurred dating back to the 1950s and that the Congress, the President and other world leaders have been sidelined by criminal elements within the military-industrial-financial complex.

"The 5 rules to AWAKENING: Rule #1 - Everything you were ever taught is a lie by design; Rule #2 - governments lie 100% of the time, they always have, and they always will; Rule #3 - the Illuminati controlled mainstream media is not reality, but rather is lies, disinformation, half-truths, and fake events carried out by gov/media hired crisis actors (aka role players); Rule #4 - Spirituality and Reincarnation are reality, whereas religions are simply government crowd control measures; and Rule #5 - this plane(t) called earth is a flat, motionless plane, it is not a spinning ball hurling through outer space. Furthermore, the 4 Sources of Disinformation that are ALWAYS FAKE: government, mainstream media news, matrix sciences, and religions." -- Sergeant Major
Keywords
EBEsMJ-12Inter-dimensional BeingsGreysDisclosure ProjectSecret Space ProgramShadow GovernmentETsDeep StateAliensUFOsReptiliansNew World Order WaPo Asks Why China Sends Their Kids to US College; But Why Do Conservatives & Christians Do It?
The David Knight Show
76 views
02:57:32 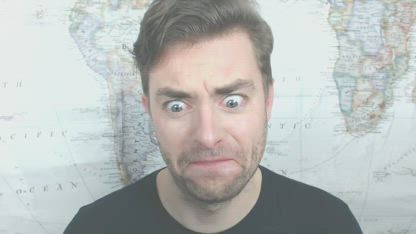