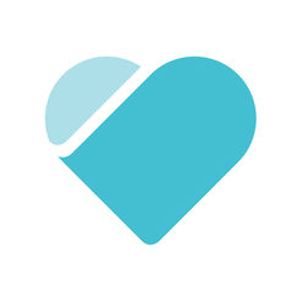 Health Tips
Published 2 years ago |
Shop now
How do you feel about turmeric? Not a big fan? Well, listen up because you’ll probably change your mind after hearing about these incredible health benefits of this brightly colored spice!

So, what changes can you expect in your body after a month of including turmeric in your diet? A 2013 study by researchers in the Department of Oral Pathology at India’s Punjab University proved that this spice can help whiten your teeth. Known as Curcuma longa in the scientific community, Turmeric has been used in traditional Indian medicine for centuries for its anti-inflammatory, antioxidant, antimicrobial, and antiseptic properties. If you’re struggling with, say, skin issues, hair loss, or even extra weight, then turmeric also can be of help!

SUMMARY:
- In Ayurvedic medicine, turmeric has been used for ages to treat skin conditions, but it does have backing by modern science.
- A study by the Korean BioSpectrum Life Science Institute has shown that the curcumin in turmeric can prevent hair loss by strengthening the hair follicles.
- According to researchers at Ohio State University, taking turmeric with your food or in the form of supplements isn’t the best for strengthening immunity since it mostly stays in the gastrointestinal tract and metabolizes quickly.
- Indian scientists in the Department of Oral Pathology at Punjab University concluded that, thanks to its antimicrobial properties, turmeric extract can stop the growth of bacteria and parasites and reduce inflammation in the throat.
- Turmeric’s amazing antibiotic effects and anti-inflammatory properties also make it an excellent cure for the common cold.
- In 2007, researchers at the Uniformed Services University of Health Sciences in Bethesda, Maryland studied turmeric’s properties as a cure for skin conditions like scleroderma, psoriasis, and even skin cancer.
- In 2016, Dr. Kok-Yong Chin headed a study in the Department of Pharmacology at Malaysia’s Kebangsaan University Medical Centre to find out the effect curcumin has on joint inflammation. Arthritic patients involved in the research took extracts of curcuminoids and enhanced curcumin.
- Researchers at the University of California, Los Angeles asked 40 adults aged 51-84 to take curcumin twice a day. The scientists monitored their cognition with the help of memory tests and noticed a visible improvement by the end of the trial.
- While there’s no 100% effective universal cure against this deadly disease just yet, it looks like you can prevent pancreatic cancer with the help of turmeric.
- In 2014, scientists in the Department of Zoology at the University of Delhi tested the anti-aging properties of turmeric. They concluded that genes regulating metabolism, DNA repair, and antioxidant systems actually control human lifespan.
- Curcumin alters the composition of fat cells, turning undesirable white fat cells into the healthy brown kind.
Keywords
healthnatural remediesalternative medicinenatural curesnatural health