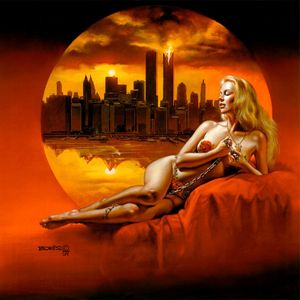 RudeCrudeDude
Published a month ago |
The National Oceanic and Atmospheric Administration predicted a warm start to the year in the US. The exact opposite occurred. So government climate scientists did what they almost always do - they altered the data.

Why is there so little current warming being recorded by satellites and meteorological balloons in the troposphere, yet for the major surface datasets it is onwards and upwards, business as usual? None more so than at the U.K. Met Office, where the inconvenient 1998-2012 pause was finally removed in 2020 by a 14% temperature change from HadCRUT4 to HadCRUT5.
In July 2013, the Met Office published a paper about the pause, although its main argument that the heat had disappeared into the ocean does not seem to have stood the test of time. In 2013, the move from HadCRUT3 to HadCRUT4 introduced the first temperature boost. Along with the 2020 uplift, the extra heating is thought to amount to as much as 30%. In addition, some earlier records were moved downwards, and this had the effect of accentuating the recent rise. Similar adjustments have been made to other major datasets, including those run by NASA and the U.S. weather service, NOAA.
Professor Humlum looked at the adjustments to the NASA GISS dataset and found that “half of the apparent global temperature increase from January 1910 to January 2000 is due to administrative adjustments to the original data since May 2008”.
Keywords
climate changeglobal warmingnasasolar minimumcarbonclimateweathersunspotsdroughtclimate hoaxnoaasolar cycletony hellersea icemeteorologyclimate warssolar constant