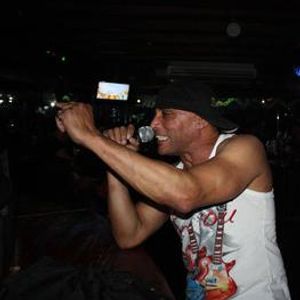 No Sugar Added
Published 2 months ago |
Deuteronomy 18:10-12
God considers these things to be idolatrous; they honor demonic spirits, and thus He calls them abominations or detestable things, things that He hates. Interestingly, He says these practices are a reason why He sent Israel in to dispossess these people. We do not want to practice customs that ultimately bring on God's wrath and destruction.
In Leviticus 20:6, God likens spiritism to prostitution, the physical counterpart to spiritual prostitution, idolatry. To God, witchcraft and occultism are similar to sexual immorality, but one is physical and the other is spiritual. Which is worse—physical or spiritual prostitution? Both defile the purity God desires in our flesh and in our spirit (II Corinthians 7:1). This linking of spiritism with sexual sins and idolatry occurs elsewhere (Exodus 22:16-20; I Samuel 15:22-23). Witchcraft is equated with them because it is both prostitution and idolatry.
When a Christian meddles in spiritism of any kind, whether witchcraft, sorcery, divination, consulting a medium or fortune-teller, or even reading a horoscope, he undermines his relationship with God—just as a man who visits a prostitute damages his relationship with his wife. Someone else is coming between the two covenanted parties, causing division. Occultism puts a wedge between God and the Christian; he might as well bow to an idol. It produces the same result: to drive him away from God.
The New Testament takes the same approach as the Old:
Now the works of the flesh are evident, which are: adultery, fornication, uncleanness, licentiousness, idolatry, sorcery, . . . of which I tell you beforehand, just as I also told you in time past, that those who practice such things will not inherit the kingdom of God. (Galatians 5:19-21)
The apostle Paul speaks of adultery, fornication, uncleanness, and licentiousness—all with at least overtones of sexuality—then he mentions idolatry and immediately thereafter sorcery! It cannot be just a coincidence that they all fall in this order. Those who practice such things will not inherit the Kingdom of God because they are not fulfilling their covenant with God.
"Sorcery," intriguingly, is pharmakeia in Greek, from which we derive our words "pharmacy" and "pharmaceutical." Diviners, enchanters, witches, and sorcerers employed drugs and other potions to put them or their clients "in the spirit" so their "magic" would work. The drugs, then, came to stand for sorcery of all kinds. For the same reason, drug use is part of the celebration among the more serious Halloween devotees today.
The Bible's teaching on this is consistent. Spiritism, the occult, is a form of idolatry, a kind of spiritual prostitution. Its end is separation from God and eventual destruction.
Keywords
drrubyjane