Eric Dubay
Published 10 months ago |
Having grown sick of waiting for Neil Tyson and Joe Rogan to keep their word, Australian comedian Elissa Hawke has taken it upon herself to imagine and hilariously impersonate an entire full-length flat Earth debate between myself, Joe and Neil. In Elissa's own words:

I made this satirical comedy to showcase the excellent research and prolific compilations of Eric Dubay's work - and how this would stand up against some government gatekeeper stooges like Neil and Joe in a debate setting. I also feel Neil, backing out of the (advertised) debate was because Eric is not under anyone's control. This gives it a potential excitement factor that is palpable. I also would have felt GUTTED if this debate offer got taken up with Neil and "they" then roll out some of their own impotent shilly stooges (like Sargent, Nesbitt, Jism or- insert favourite potato dish/"operation realness" agent/useful idiot here ) instead of Eric. These disinfo agent gatekeepers are only there to misrepresent the now millions of sensible, logical REAL people who have unenslaved ourselves from the mind control that was the spherepearball. The delusional non-reality lie we've been spun out on, for generations. I thought I will do Neil and Joe's bits and Eric is too hard to mimic as he is more real. Only contrived people can be imitated. Children and adults alike will marvel at the repeatable, testable, observations! There is no debate! There is only the realizations that dawn upon us, one by one. One by one we stand up and walk away and their whole slave system collapses. For those who still love and respect Neil and Joe as cult heroes, I'm sorry, but time will tell. I despise men who have a smugness about their own intelligence when they can't even see through the Apollo hoaxes. Or, they do know the "secret" but have been SWORN to SECRECY and giggle at the rest of us behind our backs in their aprons.

The views and opinions expressed in this video do not necessarily represent the views of Brighteon or its affiliates.
Related videos
14:01 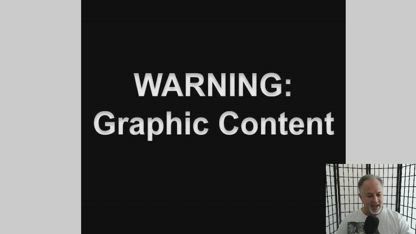