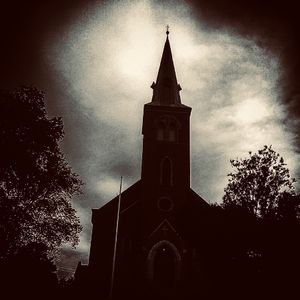 Milton William Cooper, also known as William Cooper and Bill Cooper, was a true patriot and hero who dedicated his life to preserving freedom in America.

William Cooper’s FBI file, promulgated by the investigation required by his security clearances while in military service, was one of those unlawfully in possession of the White House in what has become known as, “Filegate”. Shortly after this discovery President Clinton ordered all federal agencies to begin investigation, persecution, and prosecution of Mr. Cooper to shut him up.

William was Native American, English, Scotch, and Irish. He lived in Arizona with his beautiful wife Annie, daughters, Dorothy (Pooh), little Allyson and their dogs, Sugarbear, and Crusher. In March of 1999 William Sent his family out of the United States for their security.

Bill was killed by the Apache County Sherrifs Department during a raid on his home in November of 2001. He is now buried on a hill in Eagar, Arizona.