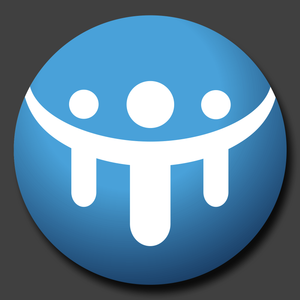 Tl; dr: I just donated to you, because this was my first chance in thirteen years to do so. Your book Real Time Relationships saved my life. Now I'm thriving and can finally give back.

I'm afraid I lost touch with your show after I defoo'd, and only recently started to hear your thoughts again and follow you on Telegram. I just wanted to thank you, because I read Real Time Relationships and it made me realize that I did not have to put up with the abuse I was going through. RTR and UPB accompanied me through the hardest moments of my life, and dissuaded me from committing suicide. I eventually found a good community of friends and we became family. A healthy, happy, non-coercive family.

If you have time to read my story, and I hope you'll find this all — especially my research — interesting enough for a call-in show, here it goes:
I grew up in [X], where my group of friends is. My father was an angel during my early life: He got me into reading and science through sci-fi, showed me how wonderful mathematics is, taught me more than I learned in college about computers, a ton about cars, and was generally a very kind, peaceful man. My mother, however, was the complete opposite: She was physically abusive in my youth and once I grew taller than her she became emotionally abusive. She is the archetype of the devouring mother, wanting my sisters and I to always be under her control, and she got her way with one of my sisters, and to this day I find any of her physical affection to stir deep, bodily disgust in me.

Right around the time I hit puberty, my father went into a major depression, so bad that it went on after I left, and only five years back or so did he get on his feet. That time, when I was spiritually alone and hanging out with bad crowds, is when I started listening to your show. Since then, my dad and I have rebuilt some aspects of our relationship. I have two older sisters, the eldest helped me defoo, and I helped raise her son, whereas it took me seven years to rebuild my relationship with my other sister due to my mother's lies —strange, considering my grandmother did the same to her and her brother and she is both conscious and resentful of that. I've tried to rebuild with my mother, after understanding that she's mentally a child, and that her mother was much worse with her than she was with me, but she refuses to respect my boundaries even to this day, so we don't really have contact anymore.

For about three years I was a tuba player in an opera company, which was barely enough to live along with other side gigs both with the tuba and, for example, as a bartender. Eventually I became a translator (mostly English to Spanish), and that's still my profession. I focus on technical/scientific articles, especially ones with a lot of statistics, so during the pandemic I was busier than I've ever been, but good academic music has served to lift my spirits.

Three years ago, I decided I wanted to pursue philosophy as well and moved to America. I'm currently researching computable measures of ethics for my Master's thesis. That being said, the ideas I have are more related to AI; I have an MSCS and bachelors in CS, math, and philosophy. My thesis is for Computational Mathematics and Statistics, my second MS. I'm thriving through my research, started publishing papers on forensic linguistics, and getting educated in Quantum Computing, and won't stop until I have a PhD in logic.

Now I have started making good friends in the US, surrounding myself with people I respect, but I'm dating a daddy's money leftist. Why do I do that to myself? Well, you could say we're sharing a drink that's called loneliness but it's better than drinking alone!

So, about my research:

My original idea was to survey objective ethical theories and derive mathematical formalisms for them, in order to find commonalities and propose a theory that included and expanded on the best aspects of all of them. That changed when I came across Shane Legg's doctoral thesis on Machine Super Intelligence, where he describes an objective, mathematical measurement for intelligence, and I said: We can make an ethical theory out of this! This was, ironically, inspired by my mother's abuse, as I figured the ethical responsibility of an actor is limited to what it can infer and how intelligent it is; I cannot have the same standards for all the adult children around me and for the people I actually respect. This led to a 100 or so pages of work where I review common human moral intuitions, God, Kant, and others while doing my best to bring down ideas from people like Habermas and Rawls (I still remember your video on Rawls, it certainly inspired me to do this work).
Keywords
feminismdatingfamilysexphilosophymoralsrelationshipsintegrityvaluevirtue