the Duke's other channel
Published 8 months ago |
In Tokyo of the early 1990s, an Asian lady in a black lace dress, silver lamé shawl and matching high heel pumps is prowling the evening streets, but she's not looking for love. Playing Nancy Drew, she is taking a deep dive into the mysterious deaths of some local Streetwalkers. But after hours of frequenting a variety of shady saloons and nightclubs, this forensic pathologist has come up empty-handed for clues. With nothing else better to do, this brunette lady heads homeward, but she is not alone.
Taking a shortcut down a narrow passageway, the pathologist soon notices the steady thump of someone else's footsteps. Slowing down to a stop, the lady automatically detects that those other footsteps also stopped. Consumed by instant fear, she doesn’t dare look to see who it might be. Heading on her way, the brunette lady quickly finds herself in a maze made up of Market stalls that are closed down for the night. But as she navigates through this warren, all she can hear is her clicking heels and the steady footfall of her follower.
Suddenly, the lady notices that she no longer hears the footsteps of her pursuer. Stopping in her tracks, she finally shows enough courage to look back the way she came. But the passage behind her is devoid of people. The pathologist automatically presumed she’s alone again, but that only lasts for an instant. From a gap between those Market stalls, a dark hooded figure comes out of the shadows. Automatically guessing that this is the person who was stalking her, the brunette lady immediately pulls out a scalpel.
She attempts to defend herself as this hooded man advances upon her, but they knock her to the ground. This stranger produces a red rope from a case he is carrying. The pathologist attempts to flee, but the stranger grabs her and disarms her. However, as this villain ties the lady up, salvation arrives in the form of a quick blow to the head with an iron pipe. As the hooded man hits the ground, he faces the business end of a switchblade held by a different woman. This bad man now realizes that this would-be Sherlock Holmes has her own Doctor Watson, who is a lady pimp whose girls are the victim of this unknown killer.
Keywords
Asian girlgirl in heelsgirl being followedgirl walking at night

The views and opinions expressed in this video do not necessarily represent the views of Brighteon or its affiliates.
Related videos
2:38 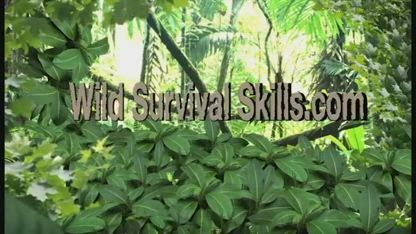