Ezekiel clearly stated that he saw "Cherubims", many believe
this could possibly be some kind of high ranking angelic beings.
The Apostle John in the Book of Revelation also saw these
four living Creatures which are before the throne of God.

In the book of Revelation, the Cherubims themselves even divulged
who they are. Unfortunately like a humongous smoke Screen, the false Gospel
that is preached, is blocking the magnificent light of this
Prophecy to shine.

Good News, very good News, in spite of all this and even with
all the anointed Conjuration of the False Prophets of Lying
Signs and Wonders, there are extremely blessed Christ's
Followers who are chosen to actively be involved with
one of these four Cherubims, U R invited.


Revelation 5:
8 And when he had taken the book, THE FOUR BEASTS and four
and twenty elders FELL DOWN BEFORE THE LAMB, having every
one of them harps, and golden vials full of odours, which
are the prayers of saints.
9 And they sung a new song, saying, Thou art worthy to take
the book, and to open the seals thereof: FOR THOU WAST SLAIN,
AND HAST REDDEMED US TO GOD BY THY BLOOD OUT OF EVERY KINDRED,
AND TONGUES, AND PEOPLE, AND NATIONS;
10 And hast made us unto our God kings and priests: and we
shall reign on the earth.

As unbelievable as this may seem, yes you did read right, the four
Cherubims were redeemed out of every Nations by the blood of
Christ and all four of them pledged allegiance to the Lamb of
God.

In Revelation 4:8 the Apostle John also wrote that the four
Cherubims are saying, "Holy, holy, holy, Lord God Almighty,
which was, and is, and is to come." The introduction of the
time element by the Apostle, englobing the Past, Present, and
Future will help us solve the Mystery of the four Cherubims.

The first beast was like a lion, this is the Early Church in
the Land of Israel with the 12 apostles of Christ, the Lion of the
Tribe of Judah.

the second beast like a calf, is the Church defined
by the Ministry of the Apostle Paul to the Gentiles. Do you
remember this verse?

Acts 9:5
And he said, Who art thou, Lord? And the Lord said, I am
Jesus whom thou persecutest: it is hard for thee to kick
against the pricks.

This is a Greek Proverb also known to the Jews, the prick is
an Ox goad with a pointed iron tip used to steer oxen in
the right direction when plowing a field. A rebellious young
ox would kick out at the Pricks, this would result in a deeper
driven goad in its skin.

(Only Christ knows if the Apostle Paul was a docile Ox)

And the third beast had a face as a man. In the book of
Ezekiel, the word face was used 53 times and in numerous
occasions it was about the own face of the Prophet.
He was told by God to set his face against the mountains of
Israel and against Jerusalem for its siege. God also told
Ezekiel that his face was made hard against the faces of
the rebellious people of Israel. The Cherubim with the face
of a man, refers to Ezekiel's Vision of the third Temple of
Jerusalem which is the Millennium Reign Church that thrived
in Israel after 70 AD.

Make sure to read:

And the fourth beast was like a flying eagle.

Revelation 12:14
And to the woman were given two wings of a great eagle, that
she might fly into the wilderness, into her place, where she
is nourished for a time, and times, and half a time, from the
face of the serpent.

Revelation 11:
3 And I will give power unto my two witnesses, and they shall
prophesy a thousand two hundred and threescore days, clothed
in sackcloth.

Revelation 11:11
And after three days and an half the spirit of life from God
entered into them, and they stood upon their feet; and great
fear fell upon them which saw them.
12 And they heard a great voice from heaven saying unto them,
Come up hither. And they ascended up to heaven in a cloud;
and their enemies beheld them.

Sigh and cry for all the abominations that are being done by
the Pharaohs of the False Gospel. Be clothed with Sackcloth,
and the Spirit of the Lord shall lead you and feed you in the
Wilderness. Be ready, at the appointed time make sure not
to miss the Flight of the fourth Cherubim.
Keywords
ArchangelsCherubimsCherubsAngels

The views and opinions expressed in this video do not necessarily represent the views of Brighteon or its affiliates.
Related videos
11:34 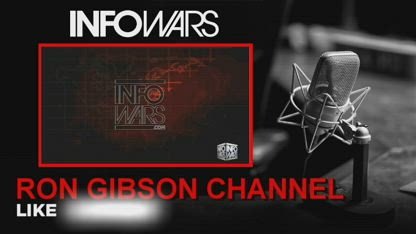