Court documents have revealed that both CNN and NBC paid leftist rioter John Sullivan $35,000 a piece for footage he shot during the storming of the Capitol building on January 6th.  Sullivan argued that he was attending the protest as a journalist to get footage to sell.  Politico reports that “Sullivan’s defense attorney even filed invoices with the court showing that CNN and NBC each paid Sullivan’s firm $35,000 last month for rights to video he filmed of chaotic scenes outside and inside the Capitol, including the deadly shooting of protester Ashli Babbitt by a U.S. Capitol Police officer.”  Sullivan also received $5,000 from a company called Left/Right Productions and $2,500 from Australia’s ABC, according to the records.  A federal magistrate judge ordered Sullivan “to end his involvement with a business he founded (InsurgenceUSA) that the Justice Department says promotes and glorifies violent protests,” the report further states.  The notion that Sullivan was just a bystander is clearly countered by his many comments on the footage encouraging violence, including repeatedly yelling ‘burn it down’.  https://thepetesantillishow.com/archives/16954


🚨HERE’s HOW TO FIND US: LINKS & APPs DASHBOARD ▶▶▶▶   https://petesantilli.mobi
🚨DON’T LET SILICON VALLEY DISCONNECT YOU FROM US!! GET ON OUR FREE TEXT ALERT SYSTEM: Text “SBN” to 74121  or visit  http://Petelive.tv/text
🚨 Follow our new RUMBLE channels https://rumble.com/c/ThePeteSantilliShow  https://rumble.com/c/SBNNewsClips    🚨🚨 🚨-  (BEST LIVE STREAM & CHAT IS ON DLive: https://dlive.tv/PeteSantilli )
🚧INVEST IN OUR SHOW. We will never be supported by “big-pharma” - we work for YOU!
🚨Donate Via Paypal:   http://paypal.me/petesantilli
🚨PLEASE DONATE BY MAIL:  Check/MoneyOrders Payable to: Peter Santilli -  P.O. Box 30122, Cincinnati, Ohio 45230
🚨Donate via Text2Give: Text the word “GIVE” to the following number: (513) 440-4080
Keywords
ImpeachmentPete SantilliMAGATrumpNews

The views and opinions expressed in this video do not necessarily represent the views of Brighteon or its affiliates.
Related videos
03:59:30 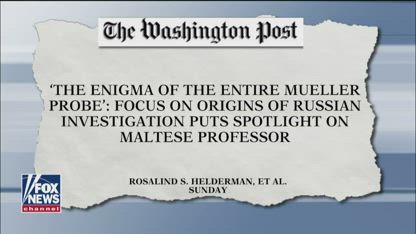 Nunes: Only Comey has said Mifsud is a Russian asset
NewsClips
41 views
02:05:47 Trump calls on Ukraine and China to investigate the Bidens
NewsClips
288 views
4:06 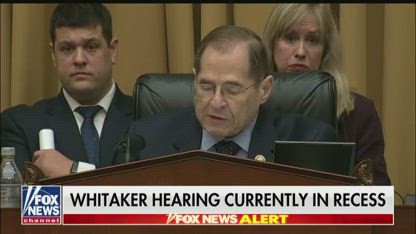 WATCH: Hearing Gets Contentious as Whitaker Tells Top Dem 'Your Five Minutes Is Up'
NewsClips
675 views
5:05