SERGEANT MAJOR'S TRUTHER INFO
Published 3 months ago |
Donate
Everything you need to know about the BLM. The three Black Dykes from the LGBTQP Movement that Formed Black Lives Matter (BLM) are Garza, Cullors, and Tometi. All three admit to being Lesbian Marxist Communists. Furthermore, the BLM is funded by Illuminati Globalist George Soros. The founders believe that their backgrounds have paved the way for Black Lives Matter to be an intersectional movement. Several hashtags such as #BlackWomenMatter, #BlackGirlsMatter, #BlackQueerLivesMatter, and #BlackTransLivesMatter have surfaced on the BLM website. Marxism is Communism, Communism is Judaism and Zionism. This is how Jewish Psychological warfare is playing out in a race war, and why so many Blacks are able to see through the race-baiting, Communist movement that is using them as the poster children for the New World Order of complete slavery. The NWO must keep the masses DIVIDED and CONQUERED so they do not Wake Up and join forces against the true enemy known as the New World Order GOVERNMENT. The Zionist Jews will use Blacks to help further their take-over, and then Blacks will the first race to be destroyed by them as their reward. WAKE UP before it is too late. All slaves on earth (Goyim = Red, Yellow, Black, Brown, and White) need to unite before it is too late.

"The 5 rules to AWAKENING: Rule #1 - Everything you were ever taught is a lie by design; Rule #2 - governments lie 100% of the time, they always have, and they always will; Rule #3 - the Illuminati controlled mainstream media is not reality, but rather is lies, disinformation, half-truths, & fake events carried out by gov/media hired crisis actors (aka role players); Rule #4 - Spirituality and Reincarnation are reality, whereas religions are simply government crowd control measures; and Rule #5 - this plane(t) called earth is a flat, motionless plane, it is not a spinning ball hurling through outer space. Furthermore, the 4 Sources of Disinformation that are ALWAYS FAKE: government, mainstream media news, matrix sciences, and religions." -- Sergeant Major
Keywords
InternationalistsKhazarian MafiaAshkenazi JewsGlobalismCommunismZionismNew World OrderJews

The views and opinions expressed in this video do not necessarily represent the views of Brighteon or its affiliates.
Related videos
7:32 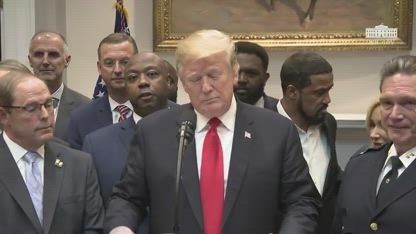 Michael Pillsbury: China can earn its way out of Trump’s tariffs
NewsClips
38 views