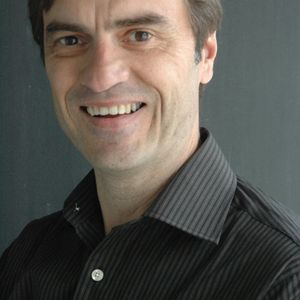 Brian Ruhe
Published 3 months ago |
Let’s get to the “nitty-gritty”, the heart of the matter, and identify the real enemy, the real culprits of this Age (220 years). This is a clarion call to stop the current evil in its tracks!

1. The Invisible World Gov’t / Globalism, originally known as “The Hidden Hand,” is ruled by The Rothschilds (secondarily by their relatives the Sassoons, the Montefiores, the Warburgs et al.).

2. The Rothschild Hidden Hand is primarily assisted by their secretive “Committee of 300” along with numerous advisors and political puppets. Some have referred to the Rothschilds and their helpers as the “Executors of Satan”!

3. The power of the Rothschild Hidden Hand is made possible by the 100+ Central Banks they own & control, directly or indirectly, with which they can create/print/Q.E. unlimited amounts of fake money out of nothing – thin air – while we the “deplorables” have to work hard for every penny to our names.

They were originally entrusted with the money printing, but abused their power, avoided audits to hide their theft of oceans of untold wealth (BlackRock/ Vanguard), property and gold; impoverished billions of people through hyperinflation, which is also coming here soon.

With unlimited money the Rothschilds can bribe/buy (almost) anyone.

4. Where are the Rothschilds and their puppets hiding today?

In their Castles, Mansions, in your Neighborhood (under assumed names), Private Islands, Underground Bunkers, Patagonia, Antarctica?

Find them quickly!! Bring them to justice!

5. Where are the Rothschilds hiding the immense quantities of gold they stole from numerous monarchs, czars, individuals and nations (recently Libya & Ukraine), since the year 1800?

Find it quickly!! Return it to the rightful owners.

6. (a) If the Rothschilds and their puppets received the vaccination(s), were they harmless ones and different from those foisted on the rest of us, the “Useless Eaters, Deplorables and Cattle of this World”?

If theirs was harmless, they must be found & brought to justice.

(b) Are they forcibly injecting our children & destroying them for life?

(c) Are they planning a Food Shortage to starve us & a Cyberattack to keep us in the cold, in ignorance and in the dark?

If so, increase your efforts 100-fold and find them quickly!

(d) Are the 100+ Central Banks of the Rothschild Hidden Hand preparing to destroy our sovereignty as individuals by way of an invisible cage of digital currency to control our spending & behavior worldwide, thereby ensuring their global tyranny?

Are they planning a Global Financial Collapse?

7. Remember the Hidden Hand which seeks to divide and conquer us, employs merciless vengeance, hatred and mind-blowing malice.

Furthermore, the Hidden Hand fears most your individual personal initiative because they cannot predict it or control it. Through it you will smash their power and eliminate them.

8. Wake up to all the lies & deception! Fight for your liberty and your families’ liberty against these tyrants! They are cowards and will soon be consumed by fear.

The world is united in a common goal, regardless of color, religion, ethnicity or classes, aiming for truth, preservation of our family, honesty, justice, freedom and peace.

Submitted on Behalf of:

6 billion “useless eaters, deplorables & cattle” refusing to obey tyrannical laws and comply with the unconstitutional orders of the Hidden Hand, and searching for the Rothschilds, the Committee of 300, their political and bureaucratic puppets and the stolen gold.

PS1. You are looking for a leader?

The Superhero is here. You need only look in the mirror and courage will come to you inspiring you to search for and find the Hidden Hand & eliminate the dark forces.

Be quick, mighty forces will come to your aid.

PS2. When death approached in 1812, old Mayer Amschel Rothschild called together his 10 children, in Frankfort, and having read the satanic Talmud, he proclaimed:

“Remember my children, that all the earth must belong to us, and that the Gentiles being cattle and mere excrement of animals, must possess nothing.”
Keywords
rothschildsgoldmagna cartacommittee of 300steafan deasun