Freedom Hub Working Group
Published 2 months ago |
Faith has always played a driving force in American politics. Benjamin Franklin said: “Only a virtuous people are capable of freedom. As nations become more corrupt and vicious, they have more need of masters."

Our Founders also insisted on a constitutional amendment preventing government interference - or support - for religious belief. With existential hysteria in 2020 over pandemics and endless protests making some believe November’s election implicates the Apocalypse, the election presents a new challenge for believers and non-believers alike. Lord Acton had said: “Men cannot be made good by the state, but they can easily be made bad. Morality depends on liberty."

But does Trump offer the liberty Acton said was required before virtue? Or has his stoking of the always simmering “culture war” alienated the rising demographic of “nones”? How indeed will religions’ broad and divided electorate sway November’s vote?

Nominated for the Nobel Peace Prize, via his Inst. on Religion and Public Policy Bishop Grieboski has mediated conflicts worldwide among competing factions of belief. He is a senior fellow at the Dietrich Banhoeffer Institute - named after the German thought leaders who stood up to totalitarian genocide. His leadership role in a Catholic denomination helps him balance the retention of rejuvenating tradition, with individuals’ needs to carve their own relationship with spirit.
Keywords
Israelgovernmentreligionabortionpolitics

The views and opinions expressed in this video do not necessarily represent the views of Brighteon or its affiliates.
Related videos
6:29 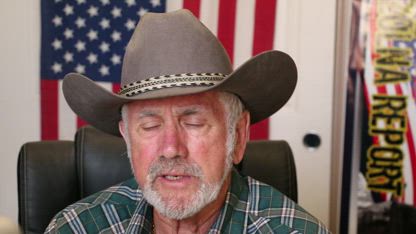 How College Students Can Get An Edge Before The School Year Starts
War Room
67 views
8:36 This Smart Gun Could Save Lives
TopGunsWorld
238 views