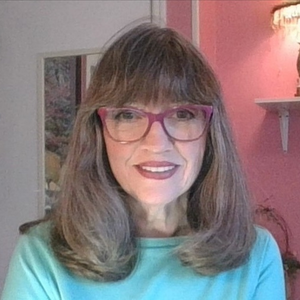 Vicky & Chuck Adkins
Published 3 years ago |
Message from the LORD received 9.5.19 about judgment, manipulation, GOD'S call to the Bride, deception and resources in the world and what the LORD has to say about these days.

Time is short. Judgment in the House of GOD has begun. (Accidentally said it begins in the world first, on the video. Sorry about that!)

Strong and urgent word for the Body of Christ. I wanted to do a video to encourage the Bride of Christ and was contemplating that when the LORD spoke these two words – “Draw Down”. I understood Him to be saying that it’s not only coming, but it’s already started. I had never heard that phrase before, so I did a search on the internet and found there are several types of ‘draw downs’ and have mentioned them in the video. I was also made aware that this draw down crosses into many areas and is not only one type of event. It is literal and spiritual.

I felt a suctioning or depleting taking place in the world across many arenas – some being done by man, some by the enemy and most definitely some also being done by GOD. He is allowing and even initiating these draw downs because of the time in which we live and the conditions of the world. He is moving things forward, and in the process has begun the cleansing of His house. He is exposing wickedness in high realms of leadership, in nations, in people, in governments and in the church. He has started the judgement of His household.

We must repent quickly, as time for His grace and mercy extended to set our lives/houses in order us as Christ–followers have come into the forefront of His time-schedule. He will soon begin the judgement of the nations/world, but He looks to us – His children – with His loving firm correction first. Please pray and share this video everywhere you are led to do so by His Spirit. Blessings and as always, prayers are being lifted up to Father on your behalf. Thanks for watching and reading.

It was only as He gave me scriptures this morning with this message that I understood that He is giving this message because of where we are on His timetable and because this is the season for repentance. We must repent and set things in order.