Truther Network
Published a year ago |
Every question that you may have is answered in this highly researched 2006 documentary concerning this global criminal network enslaving very man, woman and child on this planet.

From the mystery religions of ancient Egypt to the Zionist role in 9/11, "Ring Of Power" unrevises 4000 years of revisionist human history with never - before - seen revelations. "Ring Of Power" puzzles together the pieces of a giant puzzle into one BIG PICTURE documentary series.

Part II: HIDDEN EMPIRE (22 min.) The world's most powerful empire is not the U.S.A. It is an empire that insiders call "Empire Of The City".

Part III: TRAIL OF THE PHARAOHS (25 min.) Did the Biblical Abraham really live to be 175? Did Moses really turn staffs into snakes and rivers into blood?

Part IV: GOD AND THE QUEEN (30 min.) Genealogy charts show that British and French royalty are descendants of Mary Magdalene and Jesus Christ. Is it true?

Part V: ALL THE QUEEN'S MEN (22 min.) How rich and powerful is Queen Elizabeth II?

Part VI: THE GODFATHERS (30 min.) They scammed control of the Bank of England and the U.S. Federal Reserve, then they found GOD -- Gold, Oil and Drugs.

Part VII: CHEATING AT MONOPOLY (52 min.) How many people would play a game of monopoly if the banker was cheating and fixing the rules? Over 6 billion.

Part VIII: ASSES OF EVIL (29 min.) The New World Order Mafia are invisible rulers who make puppets out of politicians, heroes out of villains and villains out of heroes.

Part IX: KING OF HEARTS (22 min.) The ultimate goal of "insiders" is to disarm the world and create one world empire under one world ruler. Who is he?

The Producer is an experienced, award winning documentary filmmaker who, as a child, learned that her father was a member of the secretive cult of Freemasonry. She recalls many arguments between her parents over her father's secret meetings and the exclusion of women from the brotherhood. The Masonic ring that her father wore had been passed down from father to son over the generations. When she asked her father about the meaning of the letter "G" and the compass and square on his ring, she got no response. As an adult, she decided to investigate. That investigation grew into four years of intensive research into the identity and history of the diabolical globalists who she calls the "Ring Of Power". Their goal is one World Empire and one world ruler.

The views and opinions expressed in this video do not necessarily represent the views of Brighteon or its affiliates.
Related videos
02:45:54 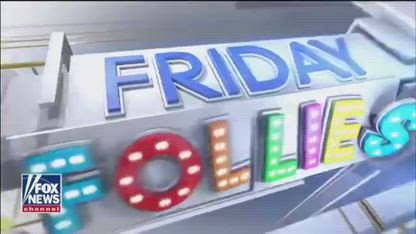 Media goes into a frenzy in the wake of the Mueller report
NewsClips
152 views
4:13 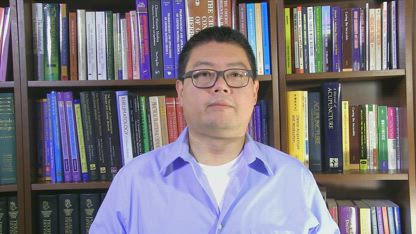