The Krupp family (see pronunciation), a prominent 400-year-old German dynasty from Essen, is famous for their production of steel, artillery, ammunition and other armaments. The family business, known as Friedrich Krupp AG (Friedrich Krupp AG Hoesch-Krupp after acquiring Hoesch AG in 1991 and lasting until 1999), was the largest company in Europe at the beginning of the 20th century, and was the premier weapons manufacturer for Germany in both world wars. Starting from the Thirty Years' War until the end of the Second World War, it produced battleships, U-boats, tanks, howitzers, guns, utilities, and hundreds of other commodities.

The dynasty began in 1587 when a trader named Arndt Krupp moved to Essen and joined the merchants' guild. He began buying vacated real estate from families who fled the city due to the Black Death, and became one of the city's richest men. His descendants produced small guns during the Thirty Years' War and eventually acquired fulling mills, coal mines, and an iron forge. During the Napoleonic Wars, Friedrich Krupp founded the Gusstahlfabrik (Cast Steel Works) and started smelted steel production in 1816. This led to the company becoming a major industrial power and laid the foundation for the steel empire that would come to dominate the world for nearly a century under his son Alfred. Krupp became the arms manufacturer for the Kingdom of Prussia in 1859, and later the German Empire.

The Krupp Trial (or officially, The United States of America vs. Alfried Krupp, et al.) was the tenth of twelve trials for war crimes that U.S. authorities held in their occupation zone at Nuremberg, Germany after the end of World War II.

These twelve trials were all held before U.S. military courts, not before the International Military Tribunal, but took place in the same rooms at the Palace of Justice. The twelve U.S. trials are collectively known as the "Subsequent Nuremberg Trials" or, more formally, as the "Trials of War Criminals before the Nuremberg Military Tribunals" (NMT). The Krupp Trial was the third of three trials of German industrialists; the other two were the Flick Trial and the IG Farben Trial. 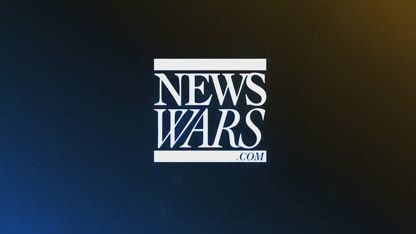 Freedom is not Free! Fighting Back, Step One
ShofarNexus
143 views
4:44