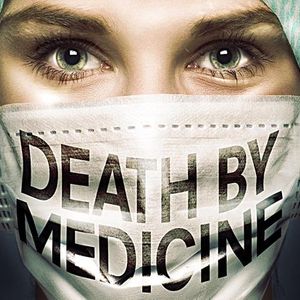 DavidWJones
Published 2 years ago |
There are many different types of Fluoride but the fluoride in water & toothpaste is a Neurotoxic waste product The 'neurotoxic' waste product known as Fluoride is explained as follows;. Neurotoxic relates to the nervous system which is controlled by the brain.The chemicals are toxic to the brains development & can therefore as the study by JAMA paediatrics suggests. (JAMA paediatrics "Association Between Maternal Fluoride Exposure During Pregnancy and IQ Scores in Offspring in Canada" ) These fluoride toxins are broken down into 3 types 1. Hydrofluorosilicic acid which is banned in Europe. It is harmful to the skin and contains warnings to avoid on eyes, skin, mouth and clothing. Its vapour is harmful see the following 2. Sodium Fluorosilicate (see the following for its Toxic status when packaged. The 'CN' stamp designation means it arrives from China) 3. Sodium Fluoride which is dangerous lethal in high doses of 5 to 10 grammas see the following. It is used extensively in toothpaste. Sodium Fluoride also contains higher levels (parts per billion) for Aluminium, Arsenic, Strontium, Lead, Uranium, and Tungsten. A Harvard University peer reviewed study of 2012 also confirmed JAMA paediatrics study, concluding Fluoride is harmful to the development of children's IQ, but also by inference it is harmful to the body & nervous system and the development of the brain (see 'Developmental Fluoride Neurotoxicity: A Systematic Review and Meta-Analysis' 2012. Fluoride is added to 70 % of the US drinking water) These chemicals are more likely to lead to tooth cavities & even cause Cancer. Hydrofluorosilicic Acid (no 1 in the above) can corrode concrete ‘ which means it is damaging to your Kidneys. Kidneys filter toxins and minerals from the blood. Uranium depleted (but how long does its depletion take ?) will whiten your teeth but also kill you & it is added to Fluoride from countries like China as a waste by-product of the nuclear industry. Known as 'Uranium Hexafluoride' (UF6) or simply Hex, its chemical composition & dangers are briefly highlighted in the post by the US national library of medicine During reprocessing 'Hex' is mixed with Chlorine trifluoride (CIF) & Hex is used in the main nuclear enrichment process & begins as 'yellowcake' and this is dissolved in nitric acid before the process ends with the product known as (UF6) 'Uranium Hexafluoride'. The phosphate industry which produces many useful products and which has many by-products which it has to remove; some are removed by selling them, has to 'lime' its water lakes used to clean & service its chemical plants. Lime itself is poisonous & was used to prevent disease in burials.The phosphate industry produces these chemicals which do not have to be added to the water supply or domestic dental hygiene products. Fluoride occurs naturally in water, yet these sources of water are usually deep wells and contain fluoride naturally in miniscule amounts and when they do Arsenic is also found in small quantities with the fluoride according to Fluoride Action Network

Heavy metals and minerals are also found in most waters which are basins in naturally occurring areas of rock strata & earth deposits globally. When fluoride occurs naturally it is usually in small quantities and it is not necessary to add fluoride to water to complete its sanitation or quality. If water is very poisonous or stagnant Fluoride will kill those germs but only then to poison the public with Fluoride. Students at Harvard University or at Oregon University have ‘invented’ bacteria which can eat plastics in the ocean. In the USA & on several coasts but mainly on the east & south coast ‘flesh eating bacteria’ has plagued the seas (not freshwater as yet) & caused many deaths. Were they invented ? Does Fluoride kill them ? will the plastic eating microbes eat the flesh eaters.? Is the water the public consumes even water anymore or has all the goodness & healthy minerals such as is found in limestone springs been stripped away ? Fluoride is used extensively in Britain ,Scotland and Wales. Fluoride was also used as rat poison before it was a 'toothpaste' aside from its use in pesticides globally In Ireland long time campaigner Aisling Fitzgibbon here with Professor Paul Connett speaks on the problems of Fluoride in Ireland's water in 2017. She also advises on how to remove harmful chemicals from your nervous system and body generally (see Video youtube What your water is doing to you and your family? W/ Aisling FitzGibbon & Professor Paul Connett' A connected website is Fluoride Action.org ) The dental industry is complicit in by stating your teeth will be protected.(The world is under – populated)Yet with shiny uranium polished teeth, whose teeth would not look healthy with fluoridated water. It is also ironic that pro-abortion governments (& the UN) state they are helping woman but pour fluoridated water down them?
Keywords
flourideuranium hexafluoride uf6 or simply hexsodium fluorosilicate