Drug Free World
Published Wednesday |
Ecstasy is illegal. The Drug Enforcement Administration classifies it as a Schedule I drug, a description reserved for dangerous substances with no recognized medical use. Other Schedule I drugs include heroin and LSD. Penalties for possession, delivery and manufacturing of Ecstasy can include jail sentences of four years to life, and fines from $250,000 to $4 million, depending on the amount of the drug you have in your possession.

Tragically, Ecstasy is one of the most popular drugs among youth today. The UN Office on Drugs and Crime estimates Ecstasy users to number approximately 9 million worldwide. The vast majority of users are teenagers and young adults.

Mixed with alcohol, Ecstasy is extremely dangerous and can, in fact, be deadly. So widespread has been the harm of this “designer drug,” that emergency room incidents have skyrocketed more than 1,200% since Ecstasy became the “club drug” of choice at all-night “rave” parties and dance clubs.
https://www.drugfreeworld.org/drugfacts/ecstasy.html

What is Ecstasy?
Ecstasy was originally developed by Merck pharmaceutical company in 1912.
In its original form, it was known as “MDMA.”
It was used in 1953 by the US Army in psychological warfare tests, and then resurfaced in the 1960s as a psychotherapy medication to “lower inhibitions.”* (* inhibitions: ideas or rules that tend to stop a person from doing something.)
It wasn’t until the 1970s that MDMA started being used as a party drug.
By the early 1980s, MDMA was being promoted as “the hottest thing in the continuing search for happiness through chemistry,” and the “in drug” for many weekend parties.
Still legal in 1984, MDMA was being sold under the brand name
“Ecstasy,” but by 1985, the drug had been banned due to safety concerns.
Since the late 1980s, Ecstasy has become an embracive “marketing” term for drug dealers selling “Ecstasy‑type” drugs that may, in fact,
contain very little or no MDMA at all.
And while MDMA itself can produce harmful effects, what is called Ecstasy today can contain a wide mixture of substances—from LSD, cocaine, heroin, amphetamine and methamphetamine, to rat poison, caffeine, dog deworming substances, etc.
Despite the cute logos dealers put on the pills, this is what makes Ecstasy particularly dangerous; a user never really knows what he is taking.
The dangers are increased when users increase the dose seeking a previous high, not knowing they may be taking an entirely different combination of drugs.
Ecstasy most commonly comes in pill form but can also be injected and taken in other ways.
Liquid Ecstasy is actually GHB, a nervous system depressant—a substance that can also be found in drain cleaner, floor stripper and degreasing solvents.
The image of Ecstasy as a “love pill” is one of many lies that are spread about the drug.
Ecstasy is emotionally damaging and users often suffer depression, confusion, severe anxiety, paranoia* (* paranoia: suspicion, distrust or fear of other people.), psychotic behavior and other psychological problems.
https://www.drugfreeworld.org/FURL/data/www.drugfreeworld.org/files/truth-about-ecstasy-booklet-en.pdf

Through our interactive course you’ll learn the reason why people take drugs in the first place. You’ll also discover basic facts about the most commonly abused drugs. And you’ll hear it from those who lived through the addiction to tell their story. Educate yourself. Get the truth about drugs.
In this course, you’ll learn:
1.How drugs work and how they affect the body and mind;
2.The truth about the most commonly abused drugs and what they do:
3.The lies drug dealers will tell you to turn you into a customer.
Start your Free Course now : https://www.drugfreeworld.org/course/lesson/the-truth-about-drugs/?start=1
Keywords
ritalinalcoholdependencydrughelpmarijuanarehabilitationtruthadhdaddictionabuse

The views and opinions expressed in this video do not necessarily represent the views of Brighteon or its affiliates.
Related videos
0:53 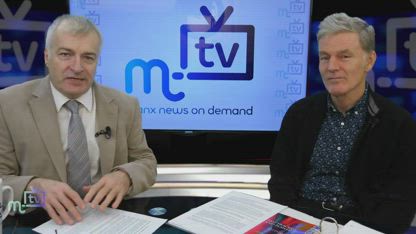