Wake Up Call
Published 7 months ago |
What do you think about innocent people being killed for organs? Chinese organ harvesting has hit the news again in 2019 as the practice of organ farming from prisoners of conscience appears to be continuing despite claims from China that organ transplants are only of voluntary.

Conspiracy fact: a tiny number of Chinese people are on the official donor registry to offer their organs yet tens of thousands of organs are being sold for profit in China each year. This video speaks out against the shocking money-making racket going on inside China - arguably the world's most powerful country - and home to illegal organ harvesting on a massive scale.

According to a growing body of evidence, innocent people, like Falun Gong practitioners, whose beliefs run contrary to the Chinese communist party, have been labeled as criminals and put in detention centres, labour camps and prisons across the country. Prisoners can then be killed on demand and their organs harvested for lucrative profits when rich Westerners in need of transplants travel to China looking for replacement organs.

Will you turn a blind eye (like most of the world does) to this crime against humanity or join us in speaking out? Please copy and share this video with others.

TO CONTACT: My email address can be found on the 'Community' section of my channel.

What is "A Voice in the Desert"?

A Voice in the Desert is anonymous. Its purpose is to point people to the message, rather than the messenger. Most modern day prophets promote themselves more than the teachings of Jesus and the true message of Revelation. A Voice in the Desert challenges that error and more. Some of the things you hear on this channel may be difficult to understand, and may offend you. The goal, however, is to sweep away dogmas and traditions to reveal what Jesus actually taught.

The views and opinions expressed in this video do not necessarily represent the views of Brighteon or its affiliates.
Related videos
3:31 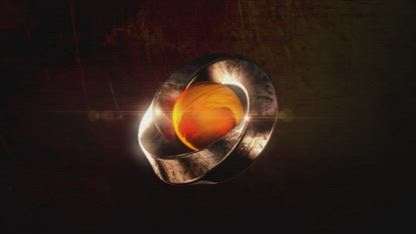 Scott Roberts - Who's to Blame for the Anti-White Agenda? - Radio 3Fourteen
What is happening
389 views
7:18